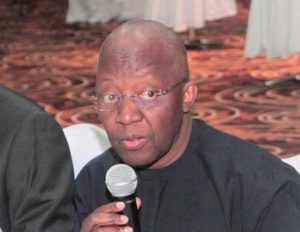 Lagos — Nigeria will soon start exporting electricity to Equatorial Guinea if talks between both countries turn out well.

SweetcrudeReports gathered that a representative of Equatorial Guinea had paid a visit to the Nigerian Electricity Regulatory Commission, NERC’s headquarters in Abuja on Tuesday and that a major part of the discussion was on how to build stronger trade relations between the two countries, including electricity supply.

NERC confirmed the talks by posting pictures of the Ambassador of Equatorial Guinea, Mr. Francisco Edu Ngua Mangue and NERC chairman, Engr. Sanusi Garba, alongside other commissioners on its Twitter account, @NERCNG.

“He was received by the Chairman @NERCNG Engr. Sanusi Garba, who welcomed and assured him of the Commission’s support in line with its mandate to protect the rights of consumers,” NEC had tweeted after Mr. Mangue’s visit,” NERC said.

Although electricity is available in Equatorial Guinea, only its larger towns enjoy a bit of improved supplies which comes majorly from just three small hydropower facilities.

Nigeria has 23 power generating plants connected to the national grid with the capacity to generate 11,165.4 MW of electricity.

Available data has it that in 1999, Equatorial Guinea’s national power production was about 13 MWh. In Malabo, an American company, CMS-Nomeco built a 10-megawatt electricity plant financed by the government, which came in line in mid-2000.

Nigeria already exports electricity to other neighbouring countries such as Republic of Benin, Niger, and Togo despite a paltry generation barely enough to cater for its over 200 million population.

His announcement had generated outrage from Nigerians who asked to know why the country would export electricity despite the huge debts by its foreign consumers, coupled with unavailability of adequate power supply in the country.

In response, President Buhari explained that Nigeria entered into electricity power export agreements with some of her neighbouring countries so that they would not build dams on the path of River Niger.

“Power exported to Niger, Benin and Togo is based on Multilateral Energy Sales Agreement with the government of Nigeria on the basis that they would not dam the waters that feed our major power plants in Kainji, Shiroro, and Jebba”, a statement by the Senior Special Assistant to the President on Media and Publicity, Mallam Garba Shehu, had said.