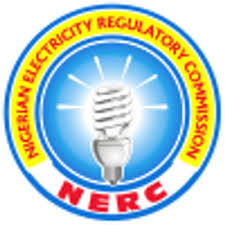 The Commission also licenced a distribution company during the event that took place at its headquarter in Abuja.

The licences according a statement issued by the Commission, were a mixture of on-grid, off-grid, embedded generation and distribution of electricity.

It explained further that one of the licensees, Ossiomo Offistes and Utilities/ Ossiomo Power &Infrastructure, based in Edo state will engage in electricity distribution and in embedded generation of 55 Megawatts gas power electricity.

Meanwhile, Anambra state Independent Power Generation Company Limited, located in Onitsha, an on-grid gas-fired plant has the capacity for 528mw capacity. There is Cummins Power Generation, Nigeria Limited (NBC) Ikeja with a capacity for a 3.5mw capacity, off- grid. The company also has licence for a 1.7mw to serve A&P Foods, in Agege, Lagos.

“NERC licence to Sinosun Investment Limited, based in Jibiya, Kastina state is for an on-grid, solar power generation of 100mw capacity. In the same vein, LR-Aaron Power Limited, located in Gwagalada has licence for 100mw solar powered electricity generation.