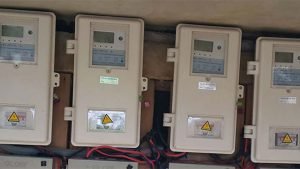 Lagos — The Nigerian Electricity Regulatory Commission, NERC, has issued a new guide on issues affecting the relationship of power consumers and the electricity distribution companies or Discos in the country, including customer services and metering.

In a series of tweet through its official handle, @NERCNG, the commission said whenever a customer makes a request to a Disco for a new or additional connection to his or her premises, the Disco will take measures to fit the meter and connect power to it within ten working days of receiving the request.

This, NERC said, is applicable provided that the Disco will inspect and approve the electrical installation, agree to connect the supply, and that the customer has paid any approved charges.

On meter reading frequency, NERC said every Disco will obtain, through authorised representatives, an actual reading of all meters in all supply addresses within its area of supply every month, but not less later than once in every three months.

This it explained will be applicable where a customer has been provided with an unmetered supply by the Disco or the customer has a prepayment meter.

According to NERC, whenever a Disco is to discontinue the supply of a customers’ premises in order to undertake planned maintenance to its equipment, the Disco should provide the customer with a minimum of three workings days’ notice of planned interruption

NERC explained that whenever a customer reports a problem of incorrect meter reading to any Disco such as electricity bill being too high or too low compared to normal monthly bills for the same customers or premises, the Disco must test the meter within three working days of the problem being reported.

If an official reply cannot be given at the time of the visit, it will be provided within five working days of the visit, NERC said.

Repositioning of a meter

Upon a customer requests that a Disco re-positions an electricity meter and pays the cost of carrying out the re-positioning, the Disco is expected to undertake work within five working days of the request, provided that the Disco agrees to the customer’s request to move the meter and the old proposed meter position is in the same premises.

Reconnection of supplies disconnected for non-payment