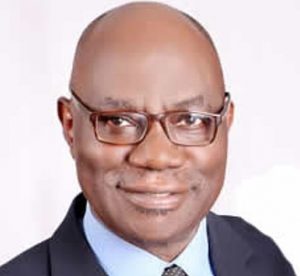 Average electricity generation of Nigeria’s 25 power plants dropped by approximately four percent in the second quarter of the year, according to statistics from the System Operators, SO.

Specifically, the amount of energy generated by the plants recorded a decline of 3.55 percentage points from 69.59% recorded during the preceding quarter.

Two of the 25 power plants in operation during the quarter under review had at least 80% of their available capacity dispatched by SO.

These plants include Omotosho NIPP and Paras Energy.

Shiroro hydropower plant, which has one of the lowest tariffs, recorded the least dispatch rate at 41.24%.

To ensure that hydro plants are efficiently dispatched given their low tariffs and in consideration of safety associated with spilling of water from dams during the rainy season, NERC said it has issued an order declaring hydro plants as “must-run” by SO. Similar to the preceding quarter, Paras Energy had the highest dispatch rate (load factor) of 87.15% followed by Omotosho NIPP which recorded 86% load factor.

During the same period, Azura power plant had 65.95% load factor.

Eleven of the 25 operational power plants accounted for 72.87% of the total electric energy generated during the second quarter.

Gbarain power plant accounted for the least share of output during the quarter with 0.53%- these shows clearly that energy generation in Nigeria still heavily depends on a few numbers of plant, as 7 of the operating plants accounted for 53.93% of the total electric energy output in the second quarter of the year.

NERC said the implication is that the seemingly over-reliance of the grid on the energy supplied from just seven power plants may pose a risk to the industry because downtime in any of them may result in grid instability if there are no adequate proactive measures such as adequate spinning reserves.

In order to mitigate the risk to grid stability that may arise from inadequate generation from any of the seven major plants, the Commission said it has commenced the evaluation of the outcome of the competitive procurement of spinning reserves conducted by the Transmission Commission of Nigeria, TCN- the procurement of adequate spinning reserves, NERC said is to ensure proper management of the grid by the SO.