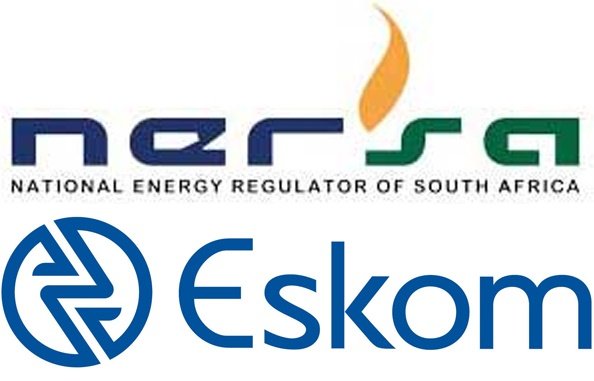 The regulator in September 2018 received two applications from the power utility with respect to Regulatory Clearing Account (RCA) Year 5 (2017/18) and the Multi-Year Price Determination (MYPD) 4 application.

The regulator evaluated this application using the MYPD4 methodology, which is forward-looking in nature.

Making the announcement at its offices in the capital, the regulator approved allowable revenue percentage price increases of 9.41%, 8.10%, and 5.22% respectively over the three-year period.

“[Nersa] will subject the costs to further extensive prudency reviews, efficiency tests, and performance thresholds. The Energy Regulator will also perform an independent valuation of Eskom’s Regulatory Asset Base (RAB). If necessary, adjustments will be made,” said Modise.

The RCA is an account in which all potential adjustments to Eskom’s allowed revenue, which has been approved by Nersa, is accumulated and managed. The methodology allows Eskom to adjust for the over- or under-recovery of preceding years’ regulated costs and revenues through the electricity tariffs in subsequent years.

The regulator approved a RCA balance of R3.869 billion, which will be recoverable from standard tariff customers, local Special Pricing Arrangement (SAPs) customers and international customers.

Modise said the regulator will develop an implementation plan for the MYPD3 Year 5 RCA for the 2017/18 financial year balance for approval.

The RCA application was evaluated using the MYPD3 methodology. The MYPD was first introduced in 2006 and is revised per MYPD period to enhance regulation and increase transparency.

The decisions come after the regulator published both the RCA and MYPD4 applications on its website in October 2019. In January, up until 5 February, the regulator conducted public hearings in seven of the country’s nine provinces, which afforded stakeholders the opportunity to present their views on the matter.

In terms of what was disallowed in the RCA application, regulatory member for electricity and piped gas Nomfundo Maseti said the big adjustment related to the sales revenue.

“We have made a huge adjustment in terms of revenue, as well as on the primary energy costs. The other adjustments, which informed this decision, was on the capital expenditure and the R1 billion that Eskom requested from the regulator to consider on the McKinsey contract,” she said.

During the public hearings, Eskom said it wanted to use the money it recovered from McKinsey to reduce its application of R21 billion to R20.623 billion and to recover the 207/18 RCA over a period of three years from 2020 to 2023.

In July 2018, Eskom announced that the management consulting firm would pay back the R1 billion paid to it under the Turnaround Programme.

Load shedding, liquidity
The Nersa decision also follows on recent episodes of load shedding, which also included the shock implementation of Stage 4 load shedding seen on 11 February due to the unexpected loss of six generating units at the power utility.

The regulator expressed concern at this. Nersa has conducted an analysis of the financial information submitted to it by Eskom and also carried out an economic impact assessment.

Among the considerations taken into account for the RCA application is that of coal, revenue variance, open cycle gas turbines and nuclear decommissioning.

RAB, primary energy, depreciation, and research and development were among the issues considered in the MYPD4 application.

As the regulator held its press briefing, Eskom meanwhile warned of a high risk of rotational load shedding today, while also highlighting that load shedding would only be implemented “if absolutely necessary”.

Last month, the Department of Public Enterprises (DPE) said the power utility would cease to exist at the current trajectory by April this year, as it faces a R420 billion debt.

Making the right decision
Modise said during discussions, a lot of “information volumes” were dealt with — referring to the 119 000 written comments received from the public.

“The decisions are complex and we always have to do a balancing act between the interests of the licensee and those of the public. We are satisfied that we reached the right decision,” said Modise in response to a question.

“It has not been an easy exercise… . There is some information that we would have loved to have before the decision so that we can enhance our robustness in verifying the cost that Eskom has requested [for both applications],” she said.