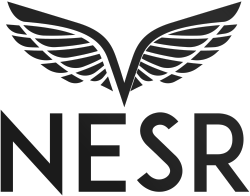 Mr. James Kenneth Eastlack, CEO of Tatweer Petroleum commented: “We are pleased to see NESR expanding and we look forward to their successful activities in the Kingdom of Bahrain.”

”We are pleased to establish a strong presence in the Kingdom of Bahrain which we will achieve with solid investment as well as recruiting and developing the talented national workforce. NESR is steadfast in its commitment to be a partner and key enabler in the Kingdom of Bahrain’s extensive upstream growth plans,” said Sherif Foda, Chairman of the Board and CEO of NESR. “The E&P Industry has a long history in Bahrain as this is where the first well was drilled in the region, and with the new discovery in Khalij Al-Bahrain Basin, the E&P industry in Bahrain is poised to take a big leap forward under the guidance of H.E. Shaikh Mohammad bin Khalif Al Khalifa, Minister of Oil.”

Mr. Foda added: “As has been aptly stated by H.E. Minister of Oil, this high-quality tight oil and gas reservoir will require a newer approach and will need higher intensity and more complex services. This in turn provides opportunities to enterprising service providers like NESR who can bring all the required technology and best practices to help economically access these reservoirs. I would also like to take this opportunity to thank Tatweer Petroleum and H.E. Shaikh Mohammed bin Khalifa Al Khalifa, Minister of Oil, for their trust in NESR and allowing us to contribute towards the nation’s Economic Vision 2030.”