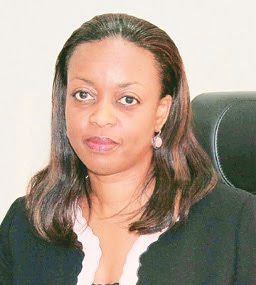 30 July 2013, Lagos – The Lagos Chamber of Commerce and Industry, LCCI, has warned that new oil discoveries across various countries pose threats to the nation’s revenue.

The President, LCCI, Mr. Goodie Ibru, explained that the United States of America, which is a major importer of Nigeria’s crude oil, is already devising means and methods towards becoming a net oil exporter.

Ibru, speaking during the chamber’s Q2 press conference on the economy, stated that the nation’s extreme dependence of government finances and external trade balances on proceeds from the sector could spell doom for the nation’s economy due to the evolving global oil markets.

“US Energy Information Agency, EIA, forecasts the US oil imports to 6mbpd, roughly a third of what it uses, by 2014 as the country moves closer to oil dependence by 2035,” he said.

In his words, “Over the fifteen-month period to July 2012, US crude oil imports from Nigeria dropped to about 333,000 bpd from over 1.1mbpd, displacing West African oil from the US market. This will probably put downward pressure on price due to greater competition.”

He pointed out that additional discovery in an offshore oilfield in Angola has been projected to make the country the largest producer in Africa, ahead of Nigeria.

According to him, the domestic and international issues facing the oil and gas sector pose both risks and opportunities for the Nigerian economy, adding that the greatest risk is the potential shock to fiscal sustainability if the global oil price slumps under the current challenges confronting the ability of Nigeria to expand oil output.

He therefore called for the urgent need to diversify the economy, as the risks to sustainability of current levels of oil prices are real. He said, going forward, the solution is to fix the structural problems in the economy, especially power, railways and the road network.

“All these are critical to enhancing efficiency, productivity and progress in other sectors of the economy such as manufacturing, agriculture, Information Communication and Technology (ICT), services and downstream oil and gas,” he said.

He noted that the credit situation still remains a major problem for investors in the economy maintaining that as regards to previous review, retail lending rates was well above 22 per cent making many small and medium scale enterprises to face difficulties in accessing credit even at this high rate.

He said the tight credit situation is a major inhibiting factor to the capacity of domestic enterprises to take advantage of the robust Nigerian market. “We reiterate our call to both fiscal and monetary authorities to work together to ease credit conditions, especially for the small and medium enterprises and more importantly domestic businesses”, he added.

On the Naira exchange rate, the LCCI president stated that in the last couple of weeks, the naira has come under pressure exchanging for about N163 to the dollar in the parallel market, and said the trend is beginning to generate concerns about threats to macroeconomic stability while inflation rate stood at single digit of 9 per cent in January and later decelerated 8.4 per cent in June.

He added that Nigeria’s foreign reserve, at $47.99 billion in mid July 2013, was positive as it could cover approximately eleven months of imports, but however stated that, the dwindling oil output and development in the global market pose a risk to sustainability of the reserves at current levels.

He said the fiscal provisions in the Petroleum Industry Bill (PIB) such as royalties, fees and fines is not very attractive for investment, saying that there are so many entrants in global oil market and advised that Nigeria must make the oil and gas sector attractive so as not to drive investments elsewhere.

Ibru also called for the harmonisation of regulatory agencies, stressing that harmonising them would go a long way in reducing the cost of governance in the country. He said the power situation in the first half of the year was unsatisfactory stating that firms’ expenditure on diesel and petrol was unbearable.

“It is curious that in the midst of all these shortcomings, electricity tariff is being reviewed upwards. The programmed periodic increase in fixed charge is unfair to electricity consumers and should be reserved. There should be a good balance between the protection of the interest of investors and that of the consumers,” he added.