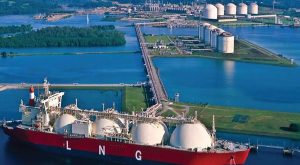 Petroleum Minister Ghulam Sarwar Khan said the government of ousted premier Nawaz Sharif agreed to pay too much to Pakistan’s Engro Corp Ltd for at least one of the terminals.

“The decision is that this will be renegotiated with the parties,” Khan told a press briefing on Thursday.

A spokesman for Engro had no immediate comment but said he would look into the matter and respond later.

Pakistan’s rapid adoption of LNG infrastructure made it one of the industry’s fastest-growing markets in Asia, sparking interest from most of the world’s major energy producers and traders.

Engro, Pakistan’s largest listed conglomerate, built the country’s first LNG terminal in 2015 and has said it will begin building another one starting in early 2019.

It was not immediately clear if both LNG contracts that the petroleum minister spoke of were with Engro, though it was the only company he named. Pakistan has two operational LNG terminals, one built by Engro, and several more planned.

Sharif was sentenced to 10 years in prison this year following his removal from office by the Supreme Court. His party denies all charges of corruption while it was in power from 2013.

Petroleum minister Khan made no direct claim of corruption in the LNG deals but said the contracts gave a maximum return on equity of 44 percent for one of the terminals and 22.7 percent on the second one, which he said was far above the industry standard.

He also implied that the government would take further action if it is not satisfied with the negotiations with Engro.

Sharif’s former petroleum minister, Shahid Khaqan Abbasi, who became prime minister after Sharif was removed by the court, is currently under investigation by the state anti-corruption body over an unnamed LNG deal.

Abbasi, who was the mastermind of Pakistan’s push to develop LNG infrastructure aimed at ending crippling electricity shortages, denies all allegations of wrongdoing.

Party officials have said corruption cases brought against Sharif and other officials are part of a conspiracy by the judiciary and military to bring down their previous government.

The army and courts strenuously deny any interference in politics.