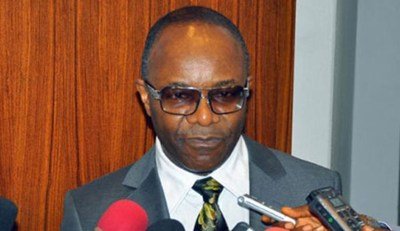 11 March 2018, Sweetcrude, Abuja — The Minister of State for Petroleum Resources, Mr. Ibe Kachikwu, has described as a waste and invisible, all the investments in the Niger Delta, put at about $40 billion, over the last 15 to 20 years.

Speaking at an energy forum in Abuja, Kachikwu also lamented the lack of coordination among governments of the Niger Delta states, while he berated the governors for not consulting with the people of their various states before embarking on any projects.

He said, “Over the last 15 to 20 years, over $40 billion had been spent in that region. Whether it is the combination of the Niger Delta Development Commission, NDDC, or Derivation, or a combination of oil companies’ investments, you hardly can see any visibility of that money in the region.

“The greatest failing of our democracy is the fact that citizens have no say in terms of the developmental projects. It doesn’t have to be so because the people know what they want.”

Kachikwu bemoaned the fact that not a single regional infrastructure project had been embarked upon collectively by state governments in the Niger Delta, a development he said, is stunting the growth of the region.

He said, “There is no single regional infrastructure that had been invested on by the state governments collectively. Everybody is running a pseudo fiefdom, where they determine what budgetary allocation they want to input; where they put it in and how they put it in.

“Until states begin to think of how to get themselves away from federal dependence, we are going nowhere. Let us think of cross-border investments across the Niger Delta states.”

Kachikwu was responding to remarks by the Governor Ben Ayade of Cross River State, who had earlier accused the Federal Government of failing to inculcate oil-producing communities on its plans and projects for the region.

Ayade disclosed that currently, the NDDC is completely dislocated from the oil-producing communities, adding that decisions are made in favour of the Federal Government.

He said, “The Niger Delta is actually in big trouble because all over the world where there is a concentration of production of oil and gas, there is a deliberate structural framework to ensure you create peace. Canada for instance, is structured in such a way that the oil-bearing communities earn and share in percentage of production.

“Today, we set up NDDC against 13 per cent Derivation, NDDC is completely dislocated from the oil-bearing community. So NDDC becomes a federal structure that Ministers awards contracts based on federal institutions and federal instructions.

“The real local communities that produce the oil have no say in NDDC. How do we talk about peace? Nobody talks about peace when young people don’t have jobs.”

Continuing, Ayade advised, “Lock down the Niger Delta and set up a construction and fabrication academy and give yourself a target; every oil company that produces a certain amount of oil must have its own refinery. Close the door on the import of refined petroleum products that is eroding most of our income and the naira would start getting stronger; we will start having our respect again; we will start having bigger purchasing power among others.”