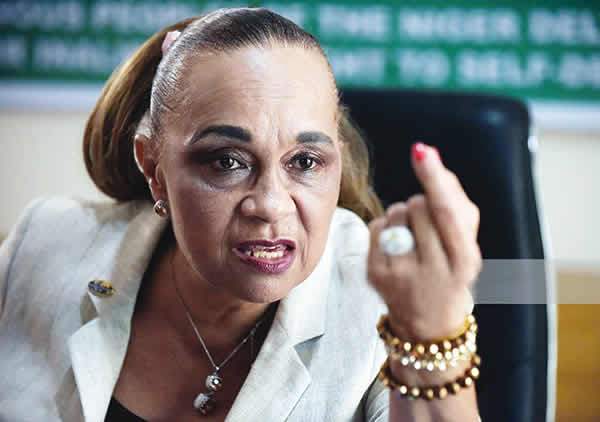 Port Harcourt — Stakeholders in the Niger Delta region have issued three months ultimatum, demanding for restructuring of the country, resource control and devolution of power to states.

The stakeholders are equally demanding for a remediated environment which has been devastated by crude oil and gas exploration in region, as well as total ownership rights to lands, natural resources, seas and waters by host communities.

At the South South Zonal Conference on restructuring in Port Harcourt, they warned that at the expiration of the three months window, people of the Niger Delta will commence the process that will guarantee their self determination, freedom and progress.

The conference organized by the Savannah Centre for Diplomacy, Democracy and Development in partnership with Agape Birthrights Development Initiative, also demanded that the right to self determination through a referendum in line with international laws, be captured in the constitution.

Convener of the conference who read the resolutions, Ms Ankio Briggs, said the Niger Delta people, as the breadwinners of Nigeria, demand to be heard and fairly treated with equity by the oppressive and insensitive Nigerian political class, as the only basis for peaceful co-existence.

Briggs said the Niger Delta people will take all lawful measures to develop an agenda for freedom and liberation and development of the region.

“We the people of the Niger Delta demand restructuring, with the states as the federating units and devolution of more powers to the states.

“We the ethnic nationalities of the south-south, affirm the right of peoples to self determination and to fully control their resource to stop and put an end to further deprivation and despoliation of their environment which they have suffered in the last 60 years.

“The Niger Delta demands total ownership rights to lands, natural resources, seas and waters by communities wherever such are located in the region.

“The Niger Delta people demand immediate environmental remediation and clean-up of Niger-Delta which has been deliberately devastated by crude oil exploration and exploitation.

“The people of Niger Delta demand the establishment of an Environmental Tribunal specifically aligned with oil industry standards on pollution and to carry out Environmental Audit and cleanup of the entire affected areas of the region.

” That the right to a clean environment should be enshrined in the Nigerian Constitution as a fundamental right.

“We the people of the Niger Delta hereby give the Government of Nigeria a three months window, within which to cordially address our concerns towards re-federalizing the polity, by convening a national dialogue of the representatives of the ethnic groups in Nigeria, to chart a new course for the country.

“At the expiration of this three months window, we the people of the Niger Delta will commence the process that will guarantee our freedom and progress.”