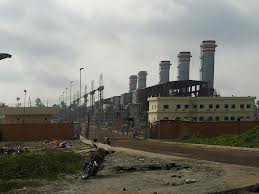 04 May 2016, Lagos — Lifting from sampled opinions of experts in Nigeria’s power sector, Chineme Okafor writes that the National Integrated Power Project, NIPP, which was conceived as an intervention in the electricity supply chain, is yet to deliver more than a decade after its conception

A project is regarded as a failure when it has not delivered what was required in line with expectations. In order to succeed, a project must deliver to cost, quality and on time; and it must deliver the expected benefits. This, however, can only be possible with the right team and good planning.

From sampled opinions of experts in the power sector, the NIPP is a failed project. The project fraught with delays and has failed to deliver the expected benefits to Nigerians that are in dire need of regular power supply, despite the over $8billion injected into the 10 NIPPs.

The NIPP was planned in 2004 as a fast track project with 10 power stations to address the problem of poor electricity supply.

Projects in the NIPPs are managed on behalf of Nigeria’s three tiers of government; federal, state and local governments by the Niger Delta Power Holding Company (NDPHC), incorporated in 2005 by the federal government as a limited liability company to serve as the legal vehicle to hold the NIPP assets, using private sector-oriented best business practices.

Twelve years after former President Olusegun Obasanjo initiated the project, no tangible amount of electricity has been delivered to Nigerian households and businesses as power woes have worsened in recent times.

What is more worrisome is that the managers of the failed project have continued to blame inadequate gas supply for their failure to deliver power, whereas most of the projects have not been completed.

In the last couple of weeks that Nigeria’s public power system has shown its defining flaws, random views shared with THISDAY by industry experts across board have shown that the choice made by Nigeria to improve its power generation capacity using a fast-track government funded initiative – the NIPP has not given it the desired outcome.

The NIPP was meant to stabilise the country’s electricity supply system. It was to do this with the construction of 10 gas-fired power plants – seven situated in the Niger Delta for ease of access to gas feedstock, another three situated side by side with existing plants in the south to enable them to share gas supply infrastructure.

These plants were to give out a cumulative generation volume of 5055 megawatts (MW) of electricity, which will be transmitted and distributed to consumers using as well the 114 transmission lines and substations and 296 distribution injection substations built in its entire scope.

But at the moment, productivity from the NIPP which was conceived to add significant new generation capacity to Nigeria’s electricity supply system along with the transmission, and gas supply distribution infrastructure needed to help it has continued to vacillate.

While some of NIPP’s generation projects, which had defined completion timelines are yet to fully come on stream – Alaoji -789MW; Calabar -630MW; Gbarain -252MW; Omoku-252MW; and Egbema- 378MW – due majorly to construction delays, productivity from the 750MW Olorunsogo; 504MW Sapele; 495MW Geregu; 504MW Omotosho and 504MW plants have remained but with casual fluctuations on account of gas supply issues.

Though the Niger Delta Power Holding Company, NDPHC, which manages the NIPP claimed that seven of its 10 power plants are currently in operation and producing 25 per cent of Nigeria’s generation output despite these challenges, experts believe that the NIPPs should be doing more than they do today.

“The NIPP situation is a classical Nigerian way of doing things. Delays and in some cases, lack of seriousness to deliver key infrastructure projects,” said Dan Kunle, an energy expert.

Kunle, who said he has a deep knowledge of the NIPP conception and project expectations stated that it was completely unnecessary for Nigeria to have dragged on with the NIPP for over 10 years.

He explained that despite the initial challenges, which resulted in the suspension of the project, works on its generation aspects should have been completed long before now to give the country some leverage in generation capacity.

According to him, issues of inadequate gas supply to the plants even after close to $500 million had been put into building and upgrading gas supply infrastructure, have continued to put a big question mark on the values the NIPP has thus brought to the country’s power supply system.

“What is the point of having power plants with no gas to turn them on?” he asked.

“The fact that some of these plants do not have the gas supply to them shows how unserious we can be sometimes with planning and executing key infrastructure projects to the end.

“While I completely give it to the NDPHC for mustering that quantum of assets, the assets are huge and robust especially the transmission networks, I also believe that the power stations should have been completed by now and everything related with its first phase completely forgotten,” he added.

Kunle explained that it was because of the country’s irrational decisions on completing the NIPP generation plants as at when due with its associated gas infrastructure that has cost it the opportunity to have private investors buy them over in a privatisation exercise that is now on suspension.

He said the government, which is currently running the plants that are in operation do not have the capacity to do it under an Operation and Maintenance (O&M) arrangement which the NDPHC supervises.

He added that the financial values attached to the plants during the privatisation rush in 2014 would have plunged on the account of the many challenges of the plants.

“How many megawatts of power are they putting on the national grid today? Very minimal because the government has remained adamant and allowed private investors who would add value to them go away.

“Government is doing the O&M by itself but I insist that it does not have that capacity. It should allow people who know the power business to bring out the values of the NIPP plants.

“There is no way the government can run these plants efficiently otherwise the whole idea of privatisation would mean nothing,” he added.

But contrary to claims of inadequate gas, it was learnt that French oil giant Total and other gas producers have been meeting their gas supply obligations.

It was confirmed recently that because only a few of the gas turbines have been completed, oil companies supply gas to the NIPPs, according to their demand. For instance, Total disclosed recently that its gas supply to Alaoji station depends on the number of turbines that are in operation.

Another industry source, who aligned with Kunle’s views said anonymously that the NIPP power stations were suffering from misplaced planning, especially with adequate provision for gas feedstock

The source said with the vast transmission infrastructure built by the NIPP, transmitting power from its stations should not have been a challenge but for the lack of power therein.

“If there was a deliberate plan to have good gas supplied to the power stations of the NIPP, there wouldn’t have been the kind of issues that arose with investors during its privatisation.

“But because we deliberately plan without focus, the NIPP is in what I can call a limbo because it is neither giving out the values it ought to give or allowing others who have the capacity to do,” said the source who is former top shot at the Nigerian National Petroleum Corporation, NNPC.

Other issues
As at the last count, the government which had for many months snubbed extant justification as to why it should compose an active management board for NDPHC has just recently composed a new board for it.

Meanwhile, it also learnt from some representatives of successful preferred bidders for the 10 power stations that whenever the government decides to reopen the privatisation exercise, they would have to insist on the renegotiation of sales terms because according to them, all the previous fundamentals on which the sale was hinged have become outdated.