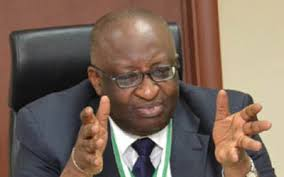 11 January 2015, Lagos – As 2015 begins, many investors doing business in Nigeria are still evaluating the events that characterised the last quarter of 2014 due to rapid drop in crude oil price. While some experts expressed fears that the multiplier effect of the crisis last year would cause hardship and sluggish growth in the first quarter of 2015, others advised the Federal Government to reduce the cost of governance in order to reduce wastage in the system. Akpan Ekpo, a Professor of Economics and Director General, West African Institute for Financial and Economic Management (WAIFEM), assesses the economy last year and what people should expect in 2015.

The 2014 economic year ended with uncertainty following the crisis caused by declining oil revenue in the international market. How would you assess the economy in 2014?
To start with, the economy recorded very marginal gains in the sense that there was positive growth, but that growth rate in the last two years has been within the same ratio of between 5.6 and 6 per cent. If you look at it globally, the economy in 2014 did not perform well because unemployment rate remained a major challenge, which was about 30 per cent. Now unemployment is still rising, especially among youths as thousands are thrown into the labour market every year. The unemployment situation in Nigeria currently has reached a level of national crisis. This is because in economics, if an economy records 5 per cent unemployment, you can say there is full employment, but once it is 30 per cent and above, it is crisis.

Secondly, the real sector is in comatose. In fact, in my opinion, the real sector is “dead”. If you look at manufacturing for instance, the sector contributes only 8 per cent to the Gross Domestic Product (GDP). After 54 years of independence, our economy is still at the stage of primary production, lending rates are still high, averaging 25 per cent, and has been increased further due to Naira devaluation. There is so much hardship in the country. Looking at the social sector, the healthcare delivery system is in disarray. Many people now go to India and other countries for healthcare services. The public school system at all levels is not qualitative enough and we have mushroom private schools springing up everywhere. If you are looking at the future of Nigeria, these children going to mushroom schools are the future. So, it also means the future of Nigeria looks blink if nothing is done about human capital development.

The last quarter of 2014 was worse due to declining oil revenue. This indicates danger for 2015 because government said that we are going to have austerity measures. Some measures in my view would not really change anything. For example, the Finance Minister said government would tax those buying private jets, but what if no body buys another private jet. So, those who bought before, had bought already and nothing can be done about it. To me, if your revenue is declining, you look at your expenditure and cut it. Already, there is so much wastage in the system. They should reduce recurrent expenditure. The cost of governance is very high and must be reduced. Why should one public officer be followed with 15 cars? It is a waste, in an economy where there is so much poverty. The cost of governance must be reduced not only at the federal level but across sub-national governments, because the nation’s revenue is declining.

What is your projection for 2015?
There would be slow growth in 2015, meaning, there would be no meaningful development. So, people should expect six months of hardship, because the impact of what had been created by the declining oil revenue in 2014 would come in the next six months. My worry is that government is reducing capital expenditure rather than finding a way to increase it, by reducing recurrent expenditure and wastage in the economy. Clearly, reducing capital expenditure is not good for growth and development. I do not know the reason for increase in Marginal Policy Rate (MPR), when government is not fighting inflation. So, the International Monetary Fund (IMF) prediction of slow growth for Nigeria in 2015 is correct. Growth would slow down due to the drop in oil price, declining reserve and insecurity in some parts of the country preventing influx of Foreign Direct Investments (FDIs) into the country, though growth is not development.

Is the budget benchmark of $65 per barrel for 2015 realistic?
The 2015 budget has been sharply reduced. To me, the oil benchmark that the Minister presented to the parliament is still high. She should have presented a lower benchmark, because in forecasting, you look at the worst scenario by becoming pessimistic. So, if she had presented $40, it would have been better than $65benchmark when the oil price is below $61 per barrel and still fluctuating. Now, it means the budget benchmark is even above the expected revenue target.

This is a lesson for Nigeria. When you have windfall, you use the money to develop the economy, because the windfall is not sustainable. The 2015 budget has been drastically reduced and capital expenditure has been reduced as well. The economic implication is that, we would not have much economic activities that can result into development, at least in the first six month of 2015.

What is the role of Central Bank of Nigeria (CBN) in this?
The truth is, there is a limit to which CBN can back the Naira because it is like a leakage. The foreign reserve has gone down from about $42billion to about $34billion within a short period. The oil revenue used in building up the reserve is declining as well. Another challenge is that the reserve is used to support consumption instead of production. The reason being that, Nigeria is import dependent, even tooth-pick is imported. In an ideal situation, reserve is meant to support production and not consumption. So, for us to achieve any tangible growth and development, the structure of our economy must change. Until we change the structure of the economy and move away from being import dependent to industrialised economy, we cannot say we have arrived.

What is the way out?

First, the real sector must be revamped. Also, now is the time for Finance Minister and governor of CBN to meet regularly to discuss fiscal, monetary coordination. This is imperative because they need to always meet to coordinate fiscal and monetary policies to move the economy forward.
*Udeme Clement – Vanguard