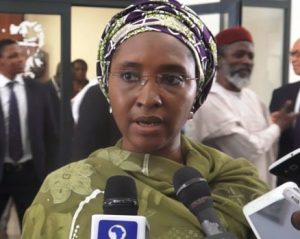 Lagos — Finance Minister Zainab Ahmed has discclosed that the Nigerian government was amending its 2020 budget to assume an oil price of $20 per barrel.

Ahmed, who also spoke on the prospect of projects in the nation’s oil and gas sector, said they would be “delivered much later than originally planned” due to upstream budget cuts.

Nigeria, in its original 2020 budget passed by the National Assembly and signed into law by President Muhammadu Buhari in December 2019, projected N8.41 trillion revenue for the year, a great portion of which was expected to come from crude oil exports.

Crude oil production was projected at 2.18 million barrels per day while the oil price benchmark was pegged at $57 per barrel. Overall national budget for the year stood at N10.59 trillion.

The COVID-19 pandemic and its debilitating effect on the global oil market and prices have now forced the Nigeria government to review these expectations.

The government cut the 2020 budget by over N320 billion and proposed a new budget of N10.27 trillion against the N10.59 trillion passed by the National Assembly and signed into law by the president.