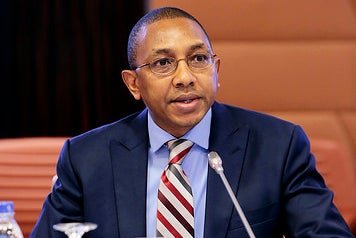 ABIDJAN, Ivory Coast — The attention of the African Development Bank has been drawn to a story published by Sahara Reporters on June 16 quoting our Director of Industrial and Trade Development, Abdu Mukhtar, who is alleged to have said that the Nigerian government does not understand the African Continental Free Trade Agreement.

We want to state in clear terms that this is an exercise in journalistic mischief.

The Bank official did not make such a statement. At no time did Dr. Mukhtar speak with Sahara Reporters. On the contrary, he had a brief session with The Guardian, News Agency of Nigeria, and Daily Trust newspaper at the recently concluded Annual Meetings of the Bank in Malabo, Equatorial Guinea.

The journalists had sought Mr. Muhktar’s views on the importance of ACFTA for African countries, including Nigeria.

Dr. Mukhtar made the following clarifications:
– The Bank’s understanding is that the Nigeria government is consulting with the private sector, the Manufacturers Association of Nigeria, and other critical stakeholders, which the Bank considers to be a step in the right direction.

– While initiatives such as ACFTA include discussions with multiple key stakeholders, the African Development Bank is optimistic that Nigeria, the continent’s most populous country, will soon conclude consultations, ratify and join the African Continental Free Trade Area.

Mr. Mukhtar also spoke about regional integration, entrepreneurship and the role of the private sector in the Bank’s transformative agenda.

The African Development Bank remains committed to supporting Africa and the ACFTA initiative but respects the choice of each country.