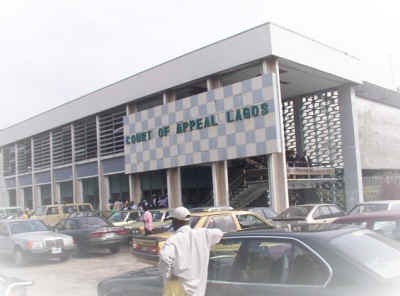 20 January 2018, Sweetcrude, Lagos — The Court of Appeal sitting in Lagos has ordered that the Seaport Terminal Operators Association of Nigeria (STOAN) should account for all arbitrary charges collected by them over and above the rates fixed by the authorities amounting to about N3 trillion.

The Appellate Court has also affirmed the Nigerian Shippers Council as the ports economic regulator.

Giving judgment, Justice C.U Uwa of the Lagos Court of Appeal further affirmed the judgment of the Federal High Court which stated that STOAN has no locus standi to arbitrarily increase tariffs at the ports thereby directing STOAN and its members to stop tariff increase without following due process.

The Council’s boss said that the judgment did not declare anybody winner or loser saying that “when any stakeholder wins everybody wins and anybody loses, everybody loses”.

The judgment, according to Bello, only calls for the cooperation of both the public and private institutions operating in the industry adding that all the Council was interested in is to make maritime a value adding sector of the nation’s economy.

He also said that the Council was ready to work with every stakeholder in the industry provided they play by the rules and regulations guiding its operations.

Similarly, the National Publicity Secretary of the Association of Nigerian Licensed Customs Agents, ANLCA, Mr. Kayode Farinto said that the judgment was a welcome development and hoped that the terminal operators will not go to the Supreme Court.

He said “The era of impunity is gone. Gone are the days when any service provider will slam arbitrary charges on Nigerian bound cargoes.

Speaking after the judgment the counsel to the Shippers Association Lagos State, Barrister Emmanuel Nwagbara said that the court upheld the judgment of the lower court reversing storage charges collected by the terminal operators and the increase of the free storage period at the ports from three to seven days.

He said, “The court of appeal upheld the judgment of the lower court and the appeal of STOAN was dismissed and the counter claim of the second respondent which is the Shippers Association Lagos State (SALS) is upheld.

“Recall that one of the issues was whether the interlocutory decision given by Justice Ibrahim Buba should be allowed to stand and this issue was raised on the appeal by appellant. Also, as a representative of SALS, I filed an objection to that leg of the appeal arguing that there was no leave sort and granted for the appellant to join that aspect of their complaint to the appeal in respect of the final judgement of the court. That was what the learned Justice was referring to preliminary objection.”

Speaking further he said that the preliminary objection having succeeded means there was no valid appeal.

“Preliminary objection having succeeded it now means that there was no valid appeal against joinder of the SALS at the lower court. And since that joinder was valid it means that our claims before the court were also valid. And their aspect of the judgment emphasized on whether SALS should have a counter claim joined to an originating application which the appellants in this case and others filled at the lower court.

“The court agreed with us that since our interest was affected and was being determined in that suit, it means that SALS had the legal right to join the case and we are rightly joined.”

“Therefore we also rightly put counter claim and so the counter claim was upheld here just like the lower court upheld it. Also this appeal was dismissed and parties were asked to bear their own cost of the appeal.”

According to him, there were many grounds of the appeal by the appellant.

One may file 18 grounds of appeal and the issues formulated may be reduced to 5-6 grounds. I can’t recall exactly how many issues that formulated those grounds. And on our own side we compressed the entire issues for determination by the court into two.”

“Our two issues were one, whether the lower court was right in joining SALS to the originating summons. Secondly, whether the court in upholding our claim and these we believed answered all the issues that are before this court as far as SALS is concerned. Shippers Council also had issues which they have formulated which touched on their status as the economic regulator,” he concluded.