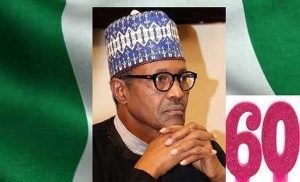 Port Harcourt — The member representing Degema/ Bonny Federal Constituency in the House of Representatives , Hon. Farah Dagogo, has described Nigeria’s diamond jubilee as 60 years of abject poverty, lamentations and crude form of modern slavery for the people of the Niger Delta.
Dagogo accused both the Federal and state governments, as well as oil multinationals of subjecting the people of Niger Delta to the most inhuman living conditions.
The Lawmaker regretted that since the discovery of oil in commercial quantity in Oloibiri, old Rivers State (now Bayelsa State) in 1958, the people of the region have regrettably been the worse for it.
Farah Dagogo explained that the paltry 13percent oil derivation revenue for oil producing states has not been judiciously utilized by both past and present governors in the region, who according to him,  have turned it to free money,
He lamented that NDDC has become a corrupt vessel recreated to pander to the whimps and caprices of politicians and influential Nigerians, who are in the habit of planting Board and Management staff in proxy for themselves.
“We have nothing to celebrate after 60 years. Go out to the streets of the Niger Delta, go to the oil producing communities; no drinking water, no health facilities, lack of electricity, no road, all those things we called basic amenties are lacking.
“The people are reeking from abject poverty, lamentations everywhere, and this region produce over 95% of what is sustaining the country, yet what do we have to show? Explain to me how it is not a clear case of crude form of modern day slavery?
“The Federal Government felt it has done the  Niger Delta region a favour with the paltry 13% derivation revenue. But how do we in all conscience tell the Federal Government that they are unclothing Peter to clothe Paul, when our governors, both past and present have failed to judiciously utilize that fund?
“The Governors see it as free money. There are roads that could lead to development, which some of these funds are meant to cater for,  like the Trans-Kalabari road in Rivers State. The governors would not construct it but rather use it  for electoral campaigns.
“The Federal Government has been looking the other side because it is colluding with the oil multinationals in the areas of actual cost of production and sales. The people of the Niger Delta are the ones bearing these unending endemic corruption. They are now perpetual modern day slaves to what they produce.
“Bonny for instance, that is home to the NLNG, has no noticeable health facility for the people. That was what informed my sponsoring a bill on the Floor of the National Assembly, with the support of other members of the House of Representatives from Rivers State, for a Medical Centre in Bonny. It has already passed the First Reading.
“It saddens me that this level of poverty cuts across  all the Niger Delta communities, be it the riverine or upland areas. The people are suffering, they can’t even afford decent meals, just suffering in the midst of plenty. So what are we celebrating? It is just a reminder to how the Niger Delta have been unjustly treated.”
The lawmaker urged political leaders at all levels, to ensure that the coming years are dedicated to placing public interests above their personal interests, so that the yearnings and aspirations of the masses can be realized.
“Also very fundamental to us as a nation, we need good leaders. Leaders who we all can trust, the kind of leaders who will always put public interests above their political or personal interests, so that the yearnings and aspirations of the commoners can be realized.

“We all must rise to the great task of building social trust between the government and the governed. By so doing, we can have peace and stability in our country as well as wishing our dreams of a new tomorrow come true.”