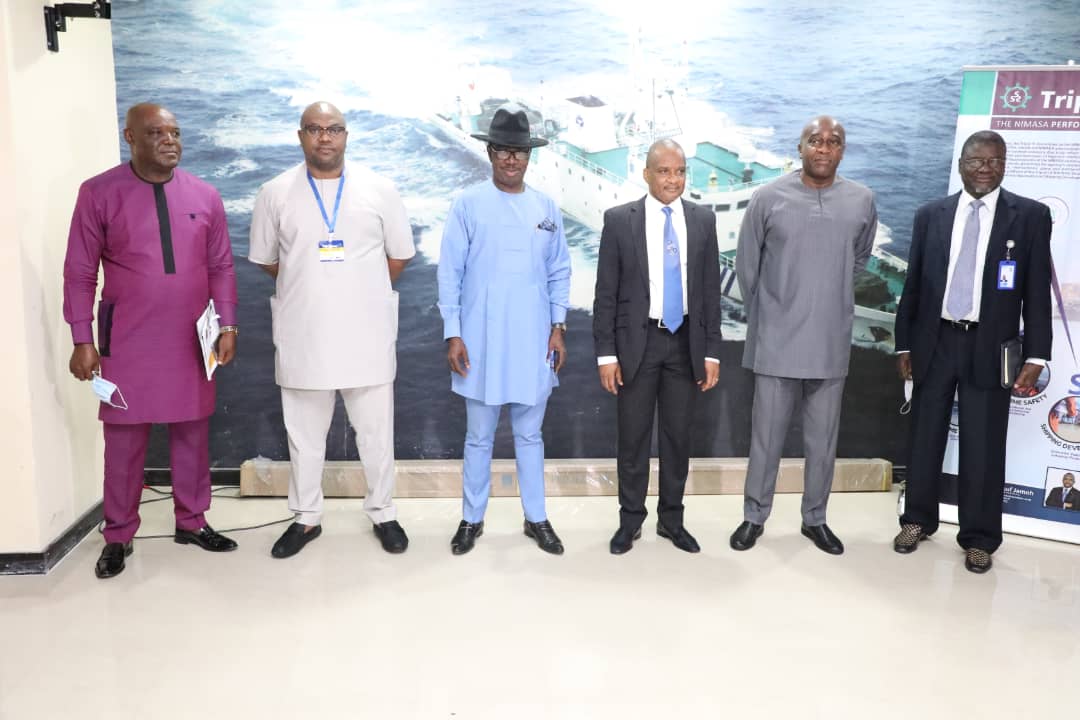 Lagos — Aiming to rid Nigeria’s waterways of criminalities and reassure the global community that it is getting on top of the security issues in its maritime domain, the country will this week commence the prosecution of suspected pirates under the Suppression of Piracy and Other Maritime Offences (SPOMO) Act. Director-General of Nigerian Maritime Administration and Safety Agency (NIMASA), Dr. Bashir Jamoh, disclosed this during interactions with journalists in Lagos.

The Nigerian Navy had arrested the pirates recently, with intelligence support from NIMASA, and their trial will be the first under the antipiracy law signed in June last year by President Muhammadu Buhari. The law made Nigeria the first in West and Central Africa to have a standalone antipiracy legislation.

Jamoh said the Agency was mounting a spirited campaign to root out piracy and armed robbery in the country’s waters. He said Nigeria’s waters were now safer for navigation, as the proactive approach of NIMASA to safety and security at sea had started yielding fruits. This is evidenced in the multiple arrests of suspected pirates in the second quarter of the year, he said.

The Director-General revealed that NIMASA had sent a proposal to the Federal Government on the issue of providing incentives for stakeholders in the maritime sector. The Federal Ministry of Transportation is also putting final touches to arrangements for the disbursement of the Cabotage Vessel Financing Fund (CVFF), he revealed, stressing that operators in the maritime industry would soon begin to access the fund.

He said fighting crime with intelligence and technology had been the hallmark of his administration in the battle against piracy since it came on board three months ago.

Members of the Fourth Estate, who were at the briefings, pledged their full support for the Agency’s efforts to get rid of the pernicious obstacles to safe and secure navigation in the country’s waters.

Jamoh, who launched a three-point agenda focused on Maritime Safety, Maritime Security, and Shipping Development, with the acronym 3s, on assumption of office, stated, “Collapsing our agenda into security, safety and shipping development has given us a bird’s-eye view of the challenges inherent in our sector. Our strategy of nipping piracy in the bud is yielding positive fruit and that is why the Navy and the Police have arrested a total of 27 suspected pirates in the last two months.”

He added, “Our findings have revealed that these criminals work with the cooperation of international allies and that is what makes them sophisticated. We have set out to tackle them through intelligence gathering and collaboration with relevant stakeholders. Our recent arrests have shown the international community that we are not handling illegalities in our waters with kid gloves.”

He expressed delight in the changing international opinion on safety and security in Nigerian waters, as seen in a recent congratulatory letter by the International Maritime Organisation (IMO} to Nigeria for its zeal to make the country’s waters safe and secure.

On the question of incentives for the maritime sector, Jamoh stated, “We have made proposals to President Muhammadu Buhari through the Honourable Minister of Transportation, Rt. Honourable Chibuike Rotimi Amaechi, for approval to grant different kinds of incentives that would help us grow the industry. We are also working to ensure the disbursement of the CVFF. We believe that other sectors, like manufacturing and aviation, have leveraged on this sort of incentive to grow and that is the reason we are also looking in that direction.”

Jamoh also spoke on the Nigerian Seafarers Development Programme (NSDP), saying it is being redesigned to make it more effective.
He appealed to the media to ensure adequate and fair reportage of the activities of NIMASA, Nigeria’s maritime industry regulatory agency, in order to properly inform and educate the public.

He said the sector had the potential to exponentially grow the Nigerian economy, given the enormous flora and fauna in the maritime environment, besides mineral resources and shipping activities.

Speaking during the engagements, President, Nigerian Guild of Editors, Mustapha Isah, said the media was willing to support NIMASA to achieve its mandate. Isah said the success of the Agency was vital to the whole country. He urged his colleagues to give more attention to maritime in their reports.

NIMASA and the Nigerian Navy have recently been getting commendations for their efforts to ensure security in the country’s territorial waters and the Gulf of Guinea.