Imo State — Dozens of charred bodies were buried in mass graves on Tuesday in Nigeria’s Imo state as the stench of decomposing flesh hung in the air after more than 100 people were killed during a weekend explosion at an illegal oil refinery. 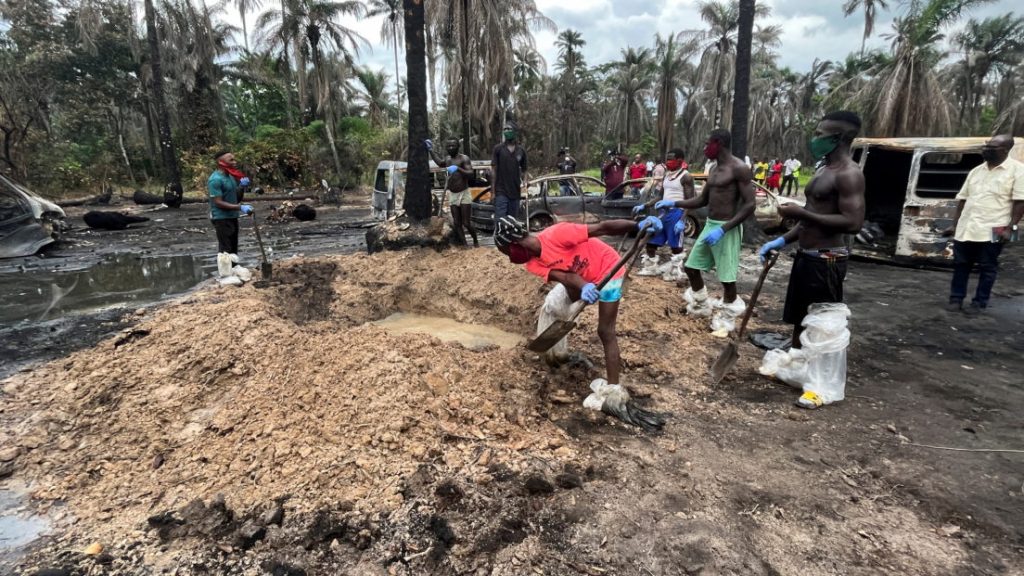 A group of men, some bare chested and without shoes, used shovels to dig three graves at the site of the explosion, a swampy open space surrounded by burnt out cars and palm trees.

Before the burial, two local health officials fumigated the site and surrounding area.

With only plastic and flip flops covering their feet, men used makeshift stretchers to dump bodies in shallow graves, which quickly filled with water. No body bags were used.

“Because of the explosion here the corpses cannot be identified. His excellency, the governor mandated us to make sure that we should bury those that cannot be identified by their relatives,” said Marcel Amadioha, a chairman of the Ohaji-Egbema local government area of Imo state. 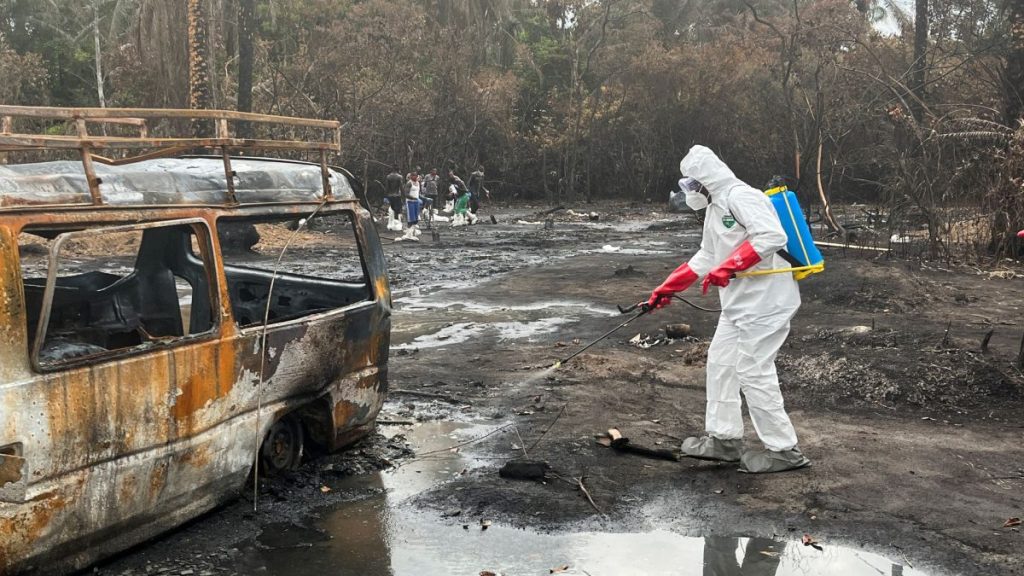 *A health worker sprays the scene of the explosion at the illegal bunkering scene in Imo State, Nigeria April 26, 2022. REUTERS/Tife Owolabi

Amadioha said some relatives had managed to claim some bodies and took them for burial but more than 50 were unclaimed.

Ezechukwe Eze, a local chief, poured gin on the ground, saying this was meant to appease gods of the land and prevent future disasters.

Following the explosion, the worst since October, President Muhammadu Buhari said he would intensify the clampdown on illegal refineries, something previous governments have done with little success.

Unemployment and poverty in the oil producing Niger Delta means thousands of Nigerians continue to see illegal refining as a means of economic survival, but often with deadly consequences. Crude oil is tapped from a web of pipelines owned by major oil companies and refined in makeshift tanks.

The process has led to fatal accidents and polluted a region already blighted by oil spills in farmland, creeks and lagoons for decades.

Government officials estimate that Nigeria, Africa’s biggest oil producer and exporter, loses an average of 200,000 barrels of oil per day, more than 10% of production, to theft or vandalised of pipelines.