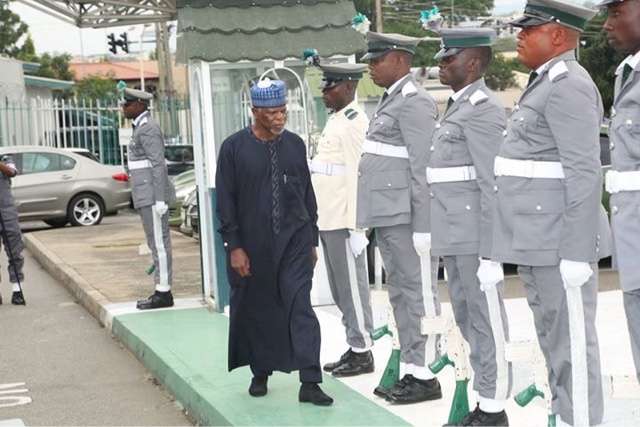 Muhammed also disclosed that the command also made seizures of five containers, with duty paid value of N50 million, within the period under review.

He attributed the success recorded by the command policy of ensuring that all agents made proper declaration of goods brought in through the port.

“The difference in the revenue was as a result of ensuring that importers were made to pay the correct duty and all the clearance procedures were strictly complied with.

“The placing of committed and capable officers in conducting 100 percent physical examination played a significant role during cargo clearance, as well as engaging all relevant stakeholders on regular interactive sessions.”

Muhammed also commended the conducts of Licensed Customs Agents and the shipping line at the seaport, while warning stakeholders against contravening trade regulations as such will incur the full wrath of the law.

He warned smugglers to steer clear of the Port, as the command will not tolerate any action or inaction capable of jeopardising the fiscal policies of government, national security and seamless cargo documentation and clearance at the port.

“The command made a seizure of 2x20ft container declared as hand tools, however, on examination, it was discovered to also contain candle wax and tomato paste in retail packs;

“The consignment was seized and forfeited to the federal government of Nigeria with a duty paid value of N30, 743, 550.

“Another seizure of 3x20ft containers of vegetable oils and margarines were made. The consignment which were declared as spraying pump for insecticide, has a duty paid value of N19, 559, 350,00.”