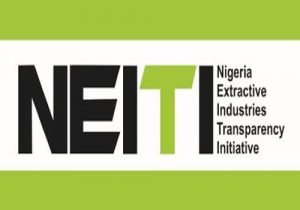 OpeOluwani Akintayo
Lagos — The latest report by the Nigeria Extractive Industries Transparency Initiative, NEITI, has put Nigeria’s earning from domestic crude oil sales in 2019 at N2.7 trillion.
According to NEITI’s 2019 Oil and Gas Industry Audit report, the country earned N2.72 trillion from just domestic crude oil sales.
It added that of this figure, N518.07bn was deducted for Petroleum Motor Spirit, PMS, under-recovery by the Nigerian National Petroleum Corporation, NNPC.
This figure is N213.07bn above the approved sum of N305bn for under-recovery in 2019.
Similarly, the sum of N126.66bn was incurred by the corporation as costs for pipeline repairs and maintenances, which showed a difference of N96.38bn from the approved sum of N30.29bn for the purpose.
The report also pointed out that N31.84bn was deducted for crude and product losses due to theft and sabotage in 2019.
The sum of $34.22bn was recorded as revenue from the oil and gas sector in 2019.
The $34.22bn revenue represented an increase of 4.88 percent over the $32.63bn garnered from the sector in 2018.
A breakdown of the earnings showed that payments by companies accounted for $18.90bn, while flows from federation sales of crude oil and gas accounted for $15.32bn.
The report showed that 10-year (2010-2019) aggregate financial flows from the oil and gas sector to government amounted to $418.54bn, with the highest revenue flow of $68.44bn recorded in 2011, while the lowest revenue flow of $17.06bn was recorded in 2016.
According to NEITI, the total crude oil production in 2019 was 735.24 million barrels, representing an increase of 4.87 per cent over the 701.101 million barrels recorded in 2018.
Production Sharing Contracts contributed the highest volumes of 312.042 million barrels followed by Joint Venture and Sole Risk, which recorded 310,284 million barrels and 89.82 million barrels respectively.
Others include Marginal Fields and Service Contracts which accounted for 21,762 million barrels and 1,330 million barrels respectively.
The report also showed that total crude oil lifted in 2019 was 735.66 million barrels, indicating a 4.93 per cent increase to the 701.09 million barrels recorded in 2018, with companies lifting 469.01 million barrels, while 266.65 million barrels was lifted by the Nigeria National Petroleum Corporation on behalf of the federation.
Analysis of crude oil lifted by NNPC showed that 159.41 million barrels were for export, while 107.239 million barrels were for domestic refining.