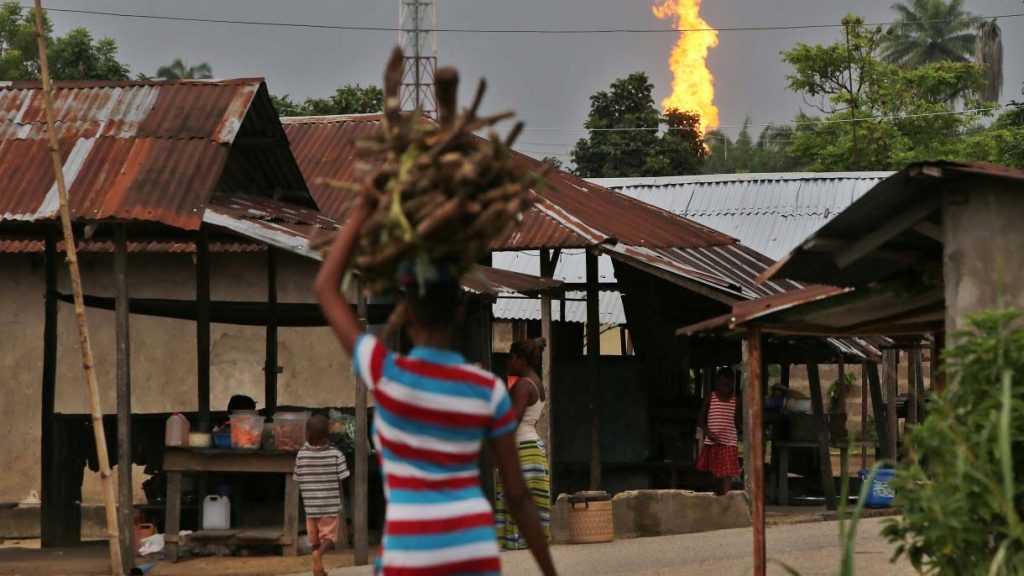 Lagos — Estimation obtained from the Department of Petroleum Resources has revealed that Nigeria releases between 350 and 400 million tonnes of CO2 yearly into the atmosphere.

There are more than 16, 000 flare sites in 90 countries with a cumulative flared gas volume of about 150 BCM per year. This volume is roughly equivalent to gas use in all US residences for a year, 5 percent of global natural gas production, 23 percent of US natural gas use, 30 percent of EU natural gas use, US$10 billion lost at $2.00 per MMBtu, and 2.4 million barrels of oil equivalent per day.

Out of these, Nigeria releases about 400 million tonnes yearly, with its over 178 flare points collectively flaring about 1 billion SCF gas, and the majority of the flare sites, about 65 percent are onshore, according to DPR.

Nigeria says it needs about $3.5b worth of investment to achieve the gas flare commercialisation target by 2020.

Preliminary groundwork, case studies and economic analysis of various flare gas utilisation options for the country have been done, and major highlights from the economic analysis include that; harnessing gas from the top 50 flare points would reduce the volume of flared gas by 80 percent, given 2015 gas flare locations and volumes as the baseline.

According to DPR, at least 80 percent of flared gas can be viably utilised.

Gas flaring was officially banned in 1984 but the government has repeatedly failed to meet promises to end the practice.

As Nigeria advances towards the 2020 deadline to end flaring, the problems linked to the practice are only set to rise because companies are continuing to flare.

Since 1984, flaring occurs through a system of fines and permits. Fines are consistently not implemented, culminating in $14.298 billion of potentially uncollected fines between April 2008 and October 2016.

Despite the menace, with the support of the National Assembly, Nigeria intends to sign the United Nations Agreement on Zero Routing Gas Flaring by 2030, according to the Vice President, Prof. Yemi Osinbajo.

A statement by the Programme Manager, Nigerian Gas Flare Commercialisation Programme in the Ministry of Petroleum, obtained by SweetcrudeReports in March, had said the country loses N153 billion yearly from the 22 million tonnes of gas flared by oil and producing companies in the country.

Over 700 companies are currently being verified for participation in the government’s proposed gas commercialisation programme targeted for 2020. They will bid for the 178 gas flare sites across the country which is said to generate over $3.5 billion. The process is already at the verification stage.

Nigeria flares the gas due to its inability to effectively capture and commercialise flared gas.

Mr. Justice Derefaka, the Programme Manager, Nigerian Gas Flare Commercialisation Programme, explained in the statement that the volume of gas flared in the country could be put to better use, if harnessed, to power two-to-three liquefied natural gas, LNG, trains and generate about 3,000 megawatts of electricity.

It is also estimated that if the flared gas is properly exploited, it had the potential to create 300,000 jobs and produce 600,000 metric tonnes of liquefied petroleum gas, LPG – popularly known as cooking gas – per year.

Nigeria has made progress from its previous position as a second most gas flaring nation in the world after Russia, to its current seventh position.