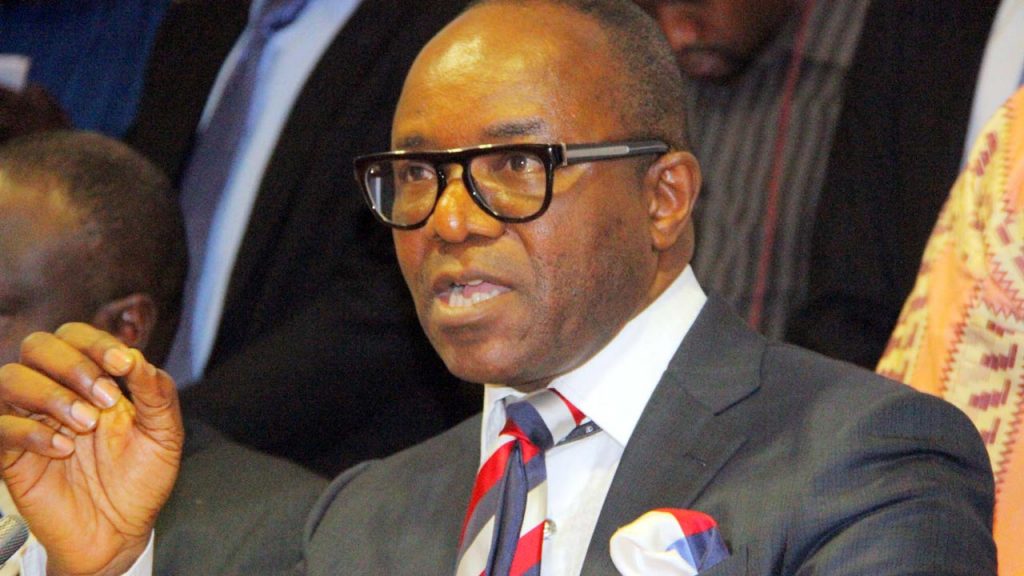 08 December 2017, Sweetcrude, Lagos — The Federal Government, yesterday, assured that the fuel crisis witnessed across the country would end by the weekend.

Minister of State for Petroleum Resources, Dr. Ibe Kachikwu, who gave the assurance while speaking with journalists in Abuja, blamed the scarcity on the fact that the NNPC was the sole importer of the commodity over the last couple of months following the stoppage of importation by petroleum marketers.

He disclosed that other petroleum marketers had stopped importing the commodity several months ago, leaving the NNPC to fill in the gap.

He stated that the NNPC was already taking emergency steps to fill up the gap, adding that four cargoes of fuel are expected in the next four days while about 30 vessels would come in about a week’s time.

He said, “What the buying public is expected to see over the next week is a significant improvement in Lagos. Lagos has already started thinning out, and it is expected to get better by Friday.

“Abuja queues are also expected to thin out completely by the weekend, while the Kaduna areas are to be served by the refineries and strategic reserves from the Suleja depots.”

In addition, Kachikwu said the NNPC had been directed to look for emergency fuel supply from any available source to fill up the gap and also track its cargoes to know their expected time of arrival.

He also noted that the FG had undertaken a number of strategies to address the fuel crisis, which included the stricter monitoring of supply and distribution by regulatory agencies in the petroleum industry, such as the Department of Petroleum Resources, DPR, and Petroleum Products Pricing Regulatory Agency, PPPRA.

Secondly, he said the government was also considering additional trucking to major cities by the Nigerian National Petroleum Corporation, NNPC, using their strategic reserves from Suleja, Minna, Gusau, and Gombe.

According to Kachikwu, the states to be fed with a large quantity of the product, apart from Lagos, including Abuja, Kano, Sokoto axis and the North-east.

The final strategy, he noted involves flooding the market with more products to cushion the effect of over-subscription and sharp practices through the Kaduna Refinery, which has started producing about 750,000 litres and the Port Harcourt refinery which would in the next one week commence the production of 2.1 million litres per day.

Kachikwu disclosed that in the long term, emphasis would be on the revamp and upgrade of the country’s refineries, noting that efforts are on to ensure that the process for the award of the contracts for the refineries are concluded before the end of the year, while work on them commences in earnest January next year.

He further stated that investors with the requisite financial capability would be encouraged to invest in modular refineries, while the petroleum policy approved by the Federal Executive Council would be implemented, especially as it is a major enabler for downstream sector investments.

He also declared that the Federal Government is undertaking a significant revamp of critical infrastructure across the downstream oil and gas value chain, especially NNPC depots and pipelines.