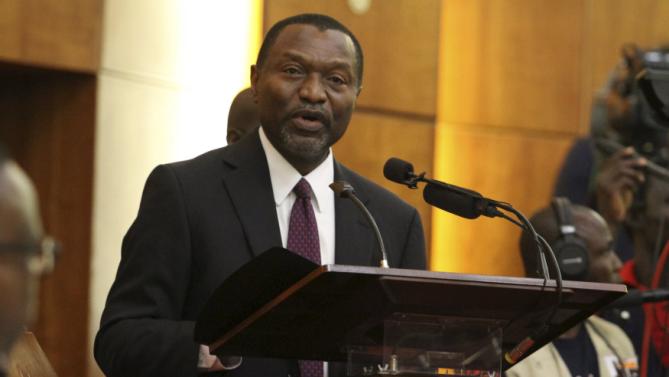 09 March 2018, Sweetcrude, Abuja – The Federal government has stated that the nation has fully exited recession, following the latest reports by the National Bureau of Statistics (NBS) on the nation’s Gross Domestic Product (GDP) and other related economic performance numbers.

The Minister of Budget and National Planning, Sen. Udoma Udoma, said this after the Federal Executive Council (FEC) meeting presided by President Muhammadu Buhari at the Presidential Villa, in Abuja.

The minister noted that the NBS had indicated in its latest report that in the last quarter of 2017, the economy continued its positive growth trajectory by growing by 1.92 percent.

“The numbers clearly show that the economy has fully exited recession. Council members were particularly pleased to note that this growth is very broad, with Agriculture growing at 4.23 percent up from 3.06 percent in the 3rd Quarter.

“Other sectors such as transportation and storage, electricity and gas production, metal ores, and industry all grew. Particularly noteworthy were the growth recorded in Trade (2.07 percent and Services o.10 percent) after six quarters of negative growth. Council members were also happy to note that overall, the non-oil sector grew by 1.45 percent, its strongest since 2015.

The minister stated further that this has been a factor in the build-up of the country’s foreign reserves, which have grown from US$23.81 billion in September 2016 to almost US$42 billion.

“Council members however agreed that whilst these positive results are most encouraging, particularly in the light of where we were in the last few years, the current growth rate is still rather modest,” he explained.

He added that, “We have to continue to work even harder to achieve the goals of the ERGP of diversifying the economy and achieving our growth targets of 3.5 percent this year, and 7 percent by 2020. And of course, one of the ways we are intensifying implementation of the ERGP is the ERGP focus labs, which will be launched next week Tuesday, 13th March, by Mr President.”

The Nigerian economy slipped into recession in 2016, a development triggered by dwindling government revenue occassioned by the fall in oil prices in the international market and unrest in the oil-rich Niger Delta region.

It emerged from recession in the second quarter of 2017 after oil prices improved and relative peace was restored in the Niger Delta.

Although the official figures show that the nation has exited recession, many Nigerians still complain that the effect of the exit is not felt in the economy.