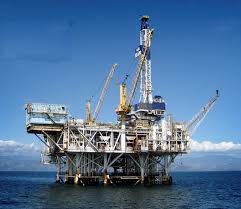 13 June 2018, Sweetcrude, Lagos –– The number of oil rigs working in Nigeria increased by just one in April, statistics obtained by SweetcrudeReports from the Organisation of the Petroleum Exporting Countries, OPEC, have shown.

According to the OPEC’s Monthly Oil Market Report, MOMR, for April, the country’s rig count increased from 31 in March to 32 during the month.

According to the report, some other OPEC member countries, including Algeria, Angola, Ecuador, Equatorial Guinea, Iran, Iraq, Kuwait, Libya, Saudi Arabia and Venezuela, lost rigs in the month. Nigeria, Gabon, Qatar and United Arab Emirates were the only countries that gained.

The biggest loser was Venezuela with 8 rigs lost, while Qatar had the highest gain of two rigs in the month.

Meanwhile, the world lost a whopping 90 oil rigs in the month reviewed.

Other African countries not under OPEC gained a total of 5 rigs in the month having recorded 22 against 17.

The Organisation for Economic Co-operation and Development, OECD, witnessed a loss of 93 rigs altogether.

Asia countries gained four, Latin America two, and the Middle East, none, as their rig count remained unchanged at 77.