Nigeria: Government expects economy to contract by 3.4% in 2020 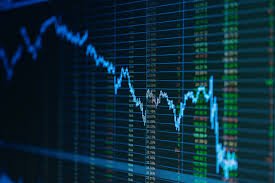 Lagos — Nigeria’s economy is projected to contract by 3.4%, government officials said on Tuesday, as dwindling oil revenues and the new coronavirus forced the country to cut budget plans for a second time to assume a lower petroleum price of $20 per barrel.

The West African country, which emerged from a recession in 2017, was already contending with low growth of around 2% before oil prices plummeted. Africa’s top oil exporter relies on crude oil sales for around 90% of foreign exchange earnings and more than half of government revenue.

With global oil prices plunging, Finance Minister Zainab Ahmed said in March that this year’s record 10.59 trillion naira ($29.42 billion) budget would be cut by about 15%.

At the time, she said the initial assumed oil price of $57 per barrel would be reduced to a worst case scenario of $30 per barrel.

But on Tuesday, she said that benchmark would again have to be revised down.

“We are in the process of an amendment that is bringing down the revenue indicator to $20 per barrel,” Ahmed said in a web conference about the impact of low oil prices on the country.

Budget revisions need to be approved by lawmakers before being signed into law by the president.

Ahmed also said Nigerian oil and gas projects will be “delivered much later than originally planned” due to upstream budget cuts.

Nigeria’s economy has been battered by low oil prices following a dispute between Russia and Saudi Arabia.

It also plans to cut oil production to 1.7 million barrels per day (mbpd), from the 2.1 mbpd initially proposed in the budget, under an agreement brokered by the Organization of the Petroleum Exporting Countries (OPEC).

Ben Akabueze, budget office director general, said oil revenues were expected to fall by more than 80%. He said the government had revised its projections and expected the economy to contract by 3.4% this year compared with its previous expectation that it would grow by 2.9%.

The government officials on the call discussed the issue of Nigeria’s debt servicing costs, a week after the country shelved plans to borrow 850 billion naira ($2.36 billion) from international markets and instead tap domestic markets to finance the budget.

The finance minister said Nigeria is in talks to defer debt service obligations to “2021 and beyond”.

“It’s not debt forgiveness, it’s just rescheduling of our obligations,” said Ahmed, with regards to talks with lenders.

She did not provide details of the lenders with whom talks were held. Ahmed said Nigeria was spending around 58% to 60% of revenues to service debt, which was responsible for the request.

And the budget office director general said debt servicing costs were expected to rise by 200 billion naira in 2020.

The impact of low oil prices has been compounded by shockwaves caused by the new coronavirus pandemic.

Africa’s most populous country recorded its first confirmed coronavirus case in late February. There have been 2,802 recorded cases and 93 deaths out of 200 million inhabitants.

Lockdown restrictions were eased on Monday in Lagos, the country’s economic hub, and the capital, Abuja. It marked the reopening of the economy after more than four weeks of lockdowns – despite the number of confirmed cases having roughly doubled in the last week. ($1 = 360.0000 naira)