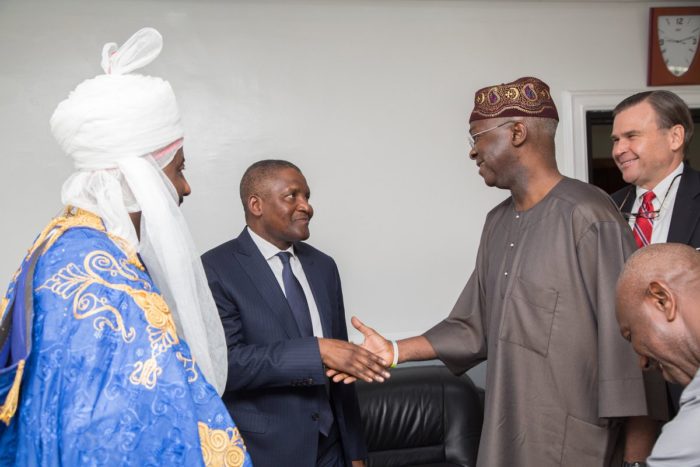 27 October 2017, Sweetcrude, Abuja – Nigeria’s power generation capacity is expected to rise by additional 540 megawatts (MW) in 2021 following the decision of the Federal government to finally approve the Power Purchase Agreement (PPA) negotiated by the Nigerian Bulk Electricity Trading Plc (NBET) with new investors for the Qua Iboe Power Plant to be located in Akwa Ibom State.

This is coming as Mobil Producing Nigeria Limited (MPN), a subsidiary of ExxonMobil, has stated that it has reached commercial terms with Qua Iboe Power Plant Limited (QIPPL) for the transfer of ownership of the project and the supply of gas from the Nigerian National Petroleum Corporation (NNPC)/MPN joint venture offshore facilities to the plant.

The government also approved a Put/Call Option Agreement (PCOA), which NBET and the Ministry of Finance agreed with the project’s investors – the Qua Iboe Power Plant Limited (QIPP).

QIPP is jointly owned by the NNPC, Black Rhino Group and Dangote Group.

Speaking during the signing of the PPA, the Minister of Power, Works and Housing, Mr. Babatunde Fashola, said its closure was in line with the desire of the federal government to consistently grow Nigeria’s ability to provide stable electricity to its 180 million citizens, about 50 per cent of who are yet to be connected to the national grid.

NBET and QIPP also disclosed at the PPA signing ceremony in Abuja that work on the project which is expected to cost about $1.1 billion, would commence as soon as a financial closure is achieved within the second quarter of 2018.

They also noted that MPN, which initiated the power project with the NNPC as a fully equity funded structure, had sold its rights to develop it to the new investors – QIPP.

MPN, however, has a 20-year gas sales agreement with the new investors to supply about 400 million standard cubic feet per day (mmscuf) of gas to the plant through an undersea gas line connected to its offshore oil production facility.

The parties indicated that Nigerian law firm, Banwo and Ighodalo, was its transaction advisers and that QIPP would when completed become the lowest cost thermal plant in Nigeria due to what they said was its efficient combined-cycle design and competitive gas price.

They stated that the plant would commence commercial operations in 2021, in addition to unlocking investments in power transmission infrastructure.

QIPP, they added, has also decided to build a 58-kilometre long transmission line to evacuate its output, but Fashola assured Nigerians that the Ikot Ekpene to Ikot Abasi transmission line of the National Integrated Power Projects (NIPPs) would be ready to take power from the plant.

Giving further details of the agreement reached, the Managing Director of NBET, Dr. Marilyn Amobi, explained that once the investors achieve a financial closure, they would be expected to commence construction and subsequently expedite works to commission the plant within 18 to 24 months.

Amobi noted that all the financial investments needed for the project would be provided by the shareholders and that all parties have agreed to its commercial and technical terms.

“This will now go to the NERC who will now vet it as the regulator to be sure that issues and contract elements that we agreed to are in line with what should be, then they will approve before it goes to the Bureau of Public Procurement and then to the Ministry of Justice.

“We are just starting that now because Mobil decided to have its shares go to Black Rhino, and then we had to review the documents again because the original project was fully equity funded but now the structure has changed and it will now be debt and equity,” said Amobi.

Also in his remarks, the Chairman of Black Rhino and Emir of Kano, Muhammad Sanusi II, said the conclusion of the PPA and PCOA processes would give promoters of the project the confidence to accelerate their final investment decision (FID).

He said parties were ready to mobilise funds, adding: “Within the next months, we will achieve a financial closure to bring in about $1.2 billion worth of direct investment into Nigeria. QIPP will utilise Nigeria’s gas resources to increase our electricity generation capacity and reduce the cost of power.”