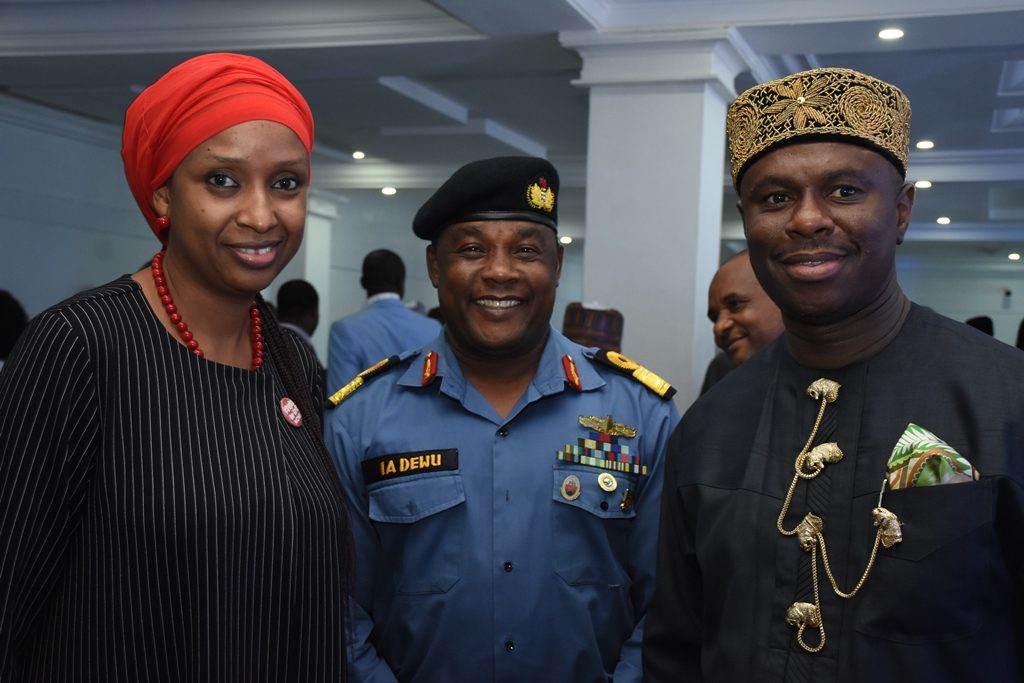 24 February 2018, Sweetcrude, Lagos — The Federal Government has assured stakeholders in the maritime sector that it will leave no stone unturned in actualising its goal for a safer and more secure maritime domain in the Nigeria maritime space.

The assurance was given by the Minister of Transportation, Rt. Hon. Rotimi Amaechi at a one-day stakeholders’ interactive forum held in Warri, Delta State.

The forum is tagged: “Implementation of Executive Order One (1) – Ease of Doing Business in a secure maritime environment”

Amaechi noted that one of the factors militating against the success of the maritime sector is insecurity in the Niger Delta region, which he said is also hampering the growth and development of the region.

The minister also used the opportunity to charge the Stakeholders to collaborate with the government in order to actualize its policies and also join forces together to frustrate efforts by saboteurs who are bent on distorting government’s efforts of realizing a robust and crime free maritime domain.

“We must resist the efforts of some unscrupulous individuals trying to frustrate government’s efforts in ensuring safety and security of our maritime domain because private interest should not and cannot supersede national interest. On our part at government, we will do all we can to ensure we secure the Nigerian waterways”, Amaechi said

Speaking further, the Minister also commended the efforts of the Agencies under the watch of the Ministry of Transportation for their astuteness in ensuring that the sector gets the desired attention and challenged them not to rest on their oars in ensuring that the Federal Government’s policy on ease of doing business is realized.

In the same vein, the Director General of the Nigeria Maritime Administration and Safety Agency (NIMASA) Dr. Dakuku Peterside who delivered a goodwill message called on the industry players to continue to support government policies.

The DG who described the maritime industry as a multi-stakeholder industry that plays an important role in the growth of the nation noted that without the sector, we cannot fund the budget of the Federal Government of Nigeria.

“In our industry, all of us are equally important and have our different roles; but it is only when we work synergistically that we can accomplish great results. For us in NIMASA, we have our eyes on the ball and the different achievements made in recent times is because of the roles of the different Stakeholders”, Dr. Peterside Dakuku stated.

He also said that in the past few months the Agency has made significant progress in various areas such as; sponsoring 298 cadets to do sea time training in the United Kingdom and Egypt; Nigeria has moved up in ease of doing business; also it is a fact that because of the New Cabotage Compliance Strategy (NCCS), in the past six months we have had over 200 seafarers onboard different Cabotage vessel, amongst other developmental initiatives.

Speaking further, the NIMASA DG hinted that the Agency is in talks with the Nigerian Content Development and Monitoring Board (NCDMB) which is at its advanced stage, leading to the engagement of over 100 brand new Cabotage vessels in the oil and gas industry.

Dr. Peterside also used the opportunity to thank the Minister of Transportation for his focused and dynamic leadership he has provided for the sector and assured him of the unalloyed support of the Agencies under his watch, working towards a common goal to reposition the maritime sector. “At the end of the day, the industry will be better for it and we will all benefit”.

Also, several Stakeholders in the industry threw their weight behind the maritime Agencies and pledged their continuous support to the growth and development of the maritime sector.