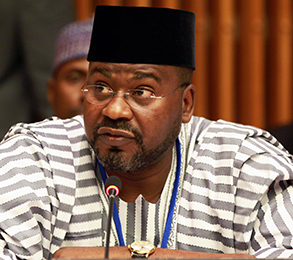 05 September 2014, Abuja – The Federal Government yesterday wielded the big stick against a contracting firm, Messrs Techno Electrical Engineering Company, as it announced the blacklist of the company and its directors from executing any government project in country.

The company’s crime, according to the Minister of State for Power, Honourable Mohammed Wakil, was its abandonment of electricity project in Ebonyi State for the Engineeering Design, Manufacture, Supply, Installation, Testing and Commissioning of 2X60MVA, 132/33KV at Amasiri and 2X132KV Line Bays Extension at Abakaliki after it had collected 15% mobilisation fee.

According to Hon. Mohammed Wakil, the Federal Executive has approved for the reaward of the contract for the Engineeering Design, Manufacture, Supply, Installation, Testing and Commissioning of 2X60MVA, 132/33KV at Amasiri and 2X132KV Line Bays Extension at Abakaliki for the Transmission Company of Nigeria.

The project, according to the minister, is designed to boost power supply to Ebonyi State and parts of Cross River and enhance the socio economic development of the states.

He explained that funding for the project would be sourced from Eurobond loan, the 2014 appropriation and in the unutilized letter of credit earlier established for the terminated project to commence implementatiin of the project.

Meanwhile the Federal Executive Council also ratified the National Integrated Infrastructure Master Plan, which is expected to be executed at a total of $3.05 trillion (N485 trillion) over 30 years.

It would be recalled that President Goodluck Jonathan had in July 2012 approved that the National Planning Commission coordinate the preparation of the NIIMP for the country.

The plan will amongst others things address the lack of linkages in the infrastructure sector. It focuses on core infrastructure, including energy (power and oil and gas), transport (roads, rail, ports and airports), housing, water and Information and Communication Technology.