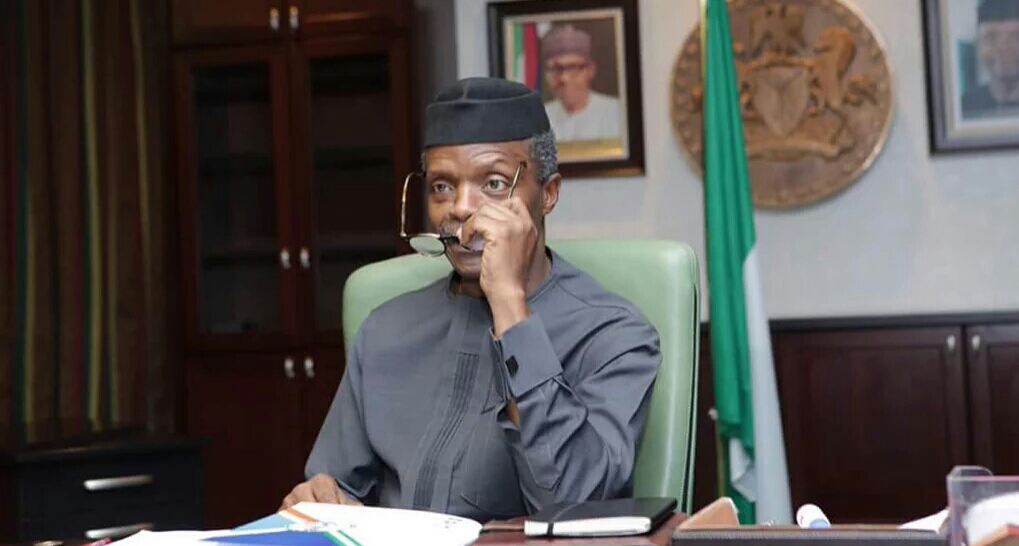 11 October 2017, Sweetcrude, Abuja – The Nigerian Government has vowed to break the obstacles hampering power supply in the country, even as it promised to achieve the 10,000 megawatts envisaged in its Economic Recovery and Growth Programme (ERGP).

The Vice President, Prof. Yemi Osinbajo, stated this while declaring open the 23rd Nigerian Economic Summit in Abuja, adding that the government would break the monopoly of Distribution and Generation Companies.

According to osinbajo, “We are at the moment dealing with the constraints in distribution, with two notable policy interventions. The National Electricity Regulatory Commission (NERC) in August issued the eligible customer directives and will this month issue directives on independent metering.

“The eligible customer regime allows a willing seller, willing buyer arrangements in the sale of power.

“The independent metering directive allows independent entities aside from registered power distribution companies to sell and install meters to customers and be paid directly as collections are made from metered customers.

“This will break the distribution gridlock and there is good cause to believe that we will achieve the 10,000MW envisaged in the ERGP,” he added.

The Vice President noted that the administration had addressed more than 10 key concerns raised by the Nigerian Economic Summit Group during the 2016 Summit, to grow the economy.

He said that the economy had now returned to the path of growth after a continuous slide from 2014.

He said, “As it’s now well known, we exited recession in the second quarter of 2017 with a GDP growth rate of 0.55 per cent while inflation has similarly declined continuously from its peak of about 18 per cent in January 2017 to about 16 per cent today.

“Second, last year there were concerns about the availability of foreign exchange and a rapidly deteriorating exchange rate. The situation has been turned around and stabilised.”

He added that, “Foreign exchange reserves have risen to about 33 billion dollars and end users have increased access to foreign exchange. This was partly due mainly to increased export earnings and remittances as well as the introduction of a dedicated transparent window for Investors and Exporters (NIFEX).

“The results have been encouraging as the inflows of capital in the second quarter of 2017 of about 1.8 billion dollars were almost double the amount of 908 million dollars imported in the first quarter of the year.”

Osinbajo said another issue of great concern last year that had been resolved was the loss of a significant amount of oil production which he said was solved through constructive dialogue with Niger Delta stakeholders.

He noted that the debt overhang preventing required additional investments in the oil sector was also addressed through the plan to pay off Joint Venture cash call arrears thus restoring the confidence in the sector.

Osinbajo disclosed that the administration began the process of diversifying the economy, leading with the agricultural sector, noting that agriculture had created a large number of jobs.

He explained that the Anchor Borrowers Programme, launched by the President in 2015, had benefitted up to 200,000 small scale farmers and attracted investments of up to N43.92 billion.

“What is particularly encouraging is that we are moving steadily towards self-sufficiency in rice and also scaling up in eight other commodities and produce that are vital for food security but which can also be exported.

“The Presidential Fertilizer Initiative has resuscitated 11 blending plants with a capacity of 2.1 million metric tons with the product being sold to farmers at N5, 500 without subsidy and far less than prevailing market prices,’’ he said.

He said the government had promised to take steps to revitalize the railway sector, noting that the now concessioned narrow gauge railway would soon come into full operation and help to redress the high cost of freight, especially of food items.

He said the concern about non engagement of the private sector was tackled with the inauguration of Industrial Policy and Competitiveness Advisory Council involving leaders of the public and private sector.

He described the council as “an excellent example of government-business cooperation and is contributing through various recommendations to addressing the challenges facing the manufacturing sector.

He added that government organized several sessions of the Presidential Quarterly Business Forum which enabled an exchange of views between the Federal Government and organised private sector.

He said in its efforts to improve the business environment, the Presidential Enabling Business Environment Council (PEBEC) introduced reforms under a 60-day national action plan focused on eight areas.

According to him, the areas make it easier to register businesses, obtain construction permits, get credit, pay taxes, get electricity, trade across borders, facilitate entry and exit of people and register property. “The second national action plan, which will bring about similar results, was launched at the beginning of this month,” he stated.

Osinbajo recalled the implementation of job creation promise with the N-Power programme for unemployed graduates, employing 200,000 young people with another 300,000 set to be recruited.

“With regard to the Home Grown School Feeding Programme, over three million children across 14 states are participating with the numbers expected to ramp up as it begins to cover 21 states in this new academic session.

“The programme which gives credit to MSME’s is also growing quite rapidly and the challenges and obstacles facing MSMEs recorded progress. We have addressed the regulatory and financial challenges facing this crucial set of actors through a number of actions.”

He mentioned the National MSME Clinics across some states in a systematic manner as helping several thousand MSMEs to engage with regulators regarding processes such as business and product registration, access to finance and export requirements among others.

“In addition, an Executive Order promoting local content in government procurement has been issued intended to give preference to Nigerian small businesses in specific sectors.’’

The Vice President noted that the government was also looking at the proposal by the Manufacturers Association of Nigeria to support local content initiative through margins of preference for local content goods.

“We are looking at that proposal and we are looking at the percentage for procurement purposes. But we do agree with the principle that if we are going to promote local content goods then we must find ways of preferring them to imported ones and we think that the margins of preference is a sensible way to do so.”

He said the Buhari administration remained focused on implementing the ERGP and its actions, thus far were just the beginning of changes required to turn the economy around.

He noted that the very high interest rates induced by government borrowing were being addressed, not to crowd out the private sector.

Accordingly, he stated that the Federal Government was reducing its demand for domestic paper and would seek to refinance maturing domestic debt with longer tenor and cheaper external borrowing.

However, he added that intervention funds would continue to be provided through the Bank of Industry, and repositioned NEXIM and Bank of Agriculture and the newly-established Development Bank of Nigeria.

“Going forward, the Federal Government will continue to sustain the dialogue with the private sector, most notably through this National Economic Summit but also through the Presidential Quarterly Business Forum, and various sectoral bodies.

“We count on the continued engagement of the private sector to support the economic policies of this administration,” he added.