on: September 18, 2019In: Community Development, featured 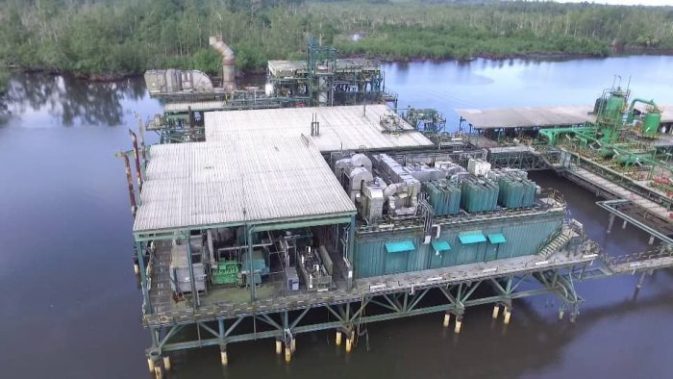 Abuja — The Federal Government, Tuesday, resolved the dispute between Shell Production Development Company and host communities in Oil Mining Lease, OML, 25, after about two years of cessation of operations in the communities.

At the reconciliatory meeting convened at the instance of the Minister of State for Petroleum Resources, Mr. Timipre Sylva, Shell and the host communities signed an agreement bringing an end to the dispute.

Speaking at the signing of the agreement in Abuja, Sylva commended all the parties involved in the issue, especially Shell and Belema Oil, stating that the agreement marked the beginning of a new chapter in the petroleum industry.

He stated that a major focus of the petroleum ministry was to ensure that there was zero loss in the industry and that crude oil produced got to the required destination.

He noted that the biggest beneficiaries of the agreement were not the companies but the communities, especially those in Belema that had been suffering since conflict started.

He said, “When I came into the office, this was one of the problems that came on the table. There were so many letters from communities complaining with all sorts of interesting parties.

“I decided to invite Shell to hear their own part of the story, but fortunately, the Group Managing Director of the Nigerian National Petroleum Corporation, NNPC, Mele Kyari had gone on to the matter. I have the honour now to thank him for this great intervention.

“For Shell and Belema to have cooperated to ensure that there is closure to this matter that has bedeviled the industry for so long, is great.”

Belema, Offoin Ama and Ngeje communities in the Akuku-Toru Local Government Area of Rivers State, where the oil well is located, had been at loggerheads with Shell since 2017, alleging neglect by the international oil company.

Also speaking, Managing Director of Shell, Osagie Okunbor, stated that the saga had been on for two years, while he expressed satisfaction that the dispute had been concluded.

Giving highlights of the agreement, Okunbor disclosed that to address the agitations of the host communities, Shell had paid over N300 million into the joint Memorandum of Understanding, MoU, account to restart community efforts that it had not done because of certain issues.

He explained that under the joint MoU framework, monies would be paid into communities accounts to execute projects to ensure that employment opportunities get to the people.

He noted that SPDC still remained the operator of the OML 25, while he reiterated the commitment of the company to ensure all parties would derive from the benefits.

Speaking in the same vein, President and Founder, Belema Oil, Mr. Jack Rich-Tein said that the agreement had signaled that stakeholders share common interest and value of lifting the country high and strengthening relationships.

He stated that Belema Oil, with 7.7 per cent asset, would provide the operations maintenance and employ the local community through that platform.

Rich-Tein added that they would work with Shell to ensure that the development needs of the people were met.

He said, “We have agreed that less than 10 days from today, we will visit the communities and appeal to them and then we go to work.

“What has been resolved is that we have agreed to work together, SPDC and Belema Oil. Belema oil is now going to be able to create a lot of employment and for the communities under operations and maintenance part of the activities.”