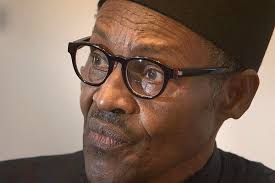 These figures are contained in the Medium Term Expenditure Framework and Fiscal Strategy Paper (2016-2018) sent by President Muhammadu Buhari to the National Assembly.

The document was approved by the Federal Executive Council on Monday and sent to both chambers of the National Assembly for deliberation and approval.

In the MTEF, a copy of which was obtained by our correspondent, the Federal Government said the N3.42tn was spent on both recurrent and capital expenditure in the nine-month period.

It stated, “Of the total appropriation of N4.49tn and a supplementary budget of N574.53bn for spending on security and emergency provision of subsidy claims, N3.42tn had been spent as of September for both recurrent and capital, with the shortfall in revenue inflow being made up by additional financing from borrowing and other sources.

“Recurrent expenditure has been on track. About 78.1 per cent, that is N1.77tn of the N2.23tn budgeted for the payment of salaries, pensions and overheads has been released, while debt service has been largely covered.”

The document stated that while recurrent expenditure had been on track, capital spending had been lower than what was budgeted due to revenue shortfalls.

The budget was based on $53 per barrel oil benchmark price, an exchange rate of N190 to the United States dollar; 2.2782 million per barrels of crude oil production per day; and a deficit Gross Domestic Product of 1.12 per cent.

The document also put the fiscal deficit at N1.075tn; N953bn for debt service; and N375.6bn as statutory transfers.

Education took the lion’s share of the budget with N392.3bn; followed by the military, which got N338.7bn, while police commands and formations got N303.8bn.

The MTEF stated, “Capital spending was lower than budgeted due to the revenue challenges and the need to cater for pressing procurement needs like payment of salaries and debt service.

“As of September, N194.77bn of the N557bn budgeted for capital spending had been spent by Ministries, Department and Agencies.”

The country had in the last 18 months experienced price and commodity shocks owing to decline in oil prices as well as crude oil theft and pipeline vandalism.