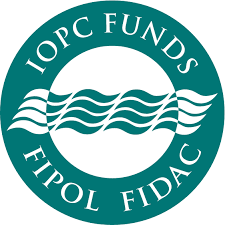 The Director-General of the Nigerian Maritime Administration and Safety Agency (NIMASA), Dr. Dakuku Peterside said this at the 7th meeting of the National Standing Committee (NSC) on Implementation of the International Oil Pollution Compensation (IOPC) Fund and related conventions in Nigeria held in Abuja recently.

The DG who was represented by the Director Abuja Zonal office, Mr. Ali Indabawa assured stakeholders that the Agency is committed to the adequate implementation of the IOPC Fund and related conventions for the benefit of dwellers of coastal communities and the preservation of the marine environment.

According to Dr. Peterside, “the Nigerian Maritime Administration and Safety Agency is working hard to ensure that our marine environment is free from all sorts of pollution. This entails preventing and controlling pollution from all sources such as ship-based and land-based sources”.

The DG further said that the International Maritime Organization (IMO) has developed this compensation regime which helps victims of oil pollution damage to obtain compensation and for governments to be reimbursed for cost of oil spill clean-up.

The Honourable Minister of Transportation, Rt. Hon. Rotimi Chibuike Amaechi, who was represented by the Permanent Secretary, Mr. Zakari Sabiu had earlier called on NIMASA and other relevant agencies to develop a strategic implementation plan in order to curb incidences of marine pollution and to effectively compensate victims when pollution occurs.

Mr. Sabiu who is also the Chairman of the National Standing Committee on the implementation of the IOPC and related conventions also urged members to work together to achieve the task ahead.