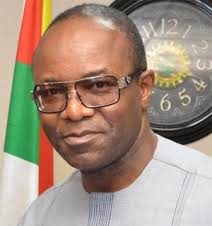 09 March 2018, Sweetcrude, Lagos — The Federal Government, Thursday, said it would relinquish the power to hire and fire workers of companies and regulatory authorities in the petroleum industry to the Board and management of the institutions as stipulated in the recently passed Petroleum Industry Governance Bill (PIGB).

Speaking at a roundtable on understanding the PIGB, organized by the Nigeria Natural Resource Charter, NNRC and the Media Initiative on Transparency in the Extractive Industry, MITEI, Minister of State for Petroleum Resources, Dr. Ibe Kachikwu, also stated that the management of the institutions would be given a mandate to set benchmarks, upon which staff’s performance would be evaluated.

Kachikwu, who was represented by his Senior Technical Adviser on Policy and Regulation, Mr. Adegbite Adeniji, said, “It has nothing to do with the minister, it is up to the management to retain their staff afterwards. You then have to make sure you actually meet up to task as far your job is concerned. That is how we dealt with the issue of labour.

“After that, with the mandate that each institution would have for efficiency, people there have to work and display their performance in their jobs. But at the inception, the existing jobs would be there, but then people would then have to rise up to the occasion, because those Boards that would be in those entities would be mandated statutorily to ensure efficiency in the public interest. Therefore, from that point on, you do not have a job for life. You now have to be worth that salary, that money you are paid.”

Kachikwu explained that powers would now be given to the management of the entity to ensure they operate efficiently and effectively, to enable them correctly make decisions as to who would meet up with the requirements for their position.

Kachikwu further stated that the PIGB aims at building a more muscular regulator, while he warned that it would be dangerous if competent people were not engaged to run the organization.

He said, “We cannot sacrifice the future of the country on the altar of incompetence. This is where we have to be watchful, so that the hiring process into that entity must be done in a manner that it gives clarity to all that things are been done in national interest.

“We are taking the entire petroleum industry into an entity that is statutorily independent, from political interference. The way the Minister can interfere is through policy directions. The policy directives must emanate from published policies. That is say this is the policy of the country and it must be a consistent policy.”