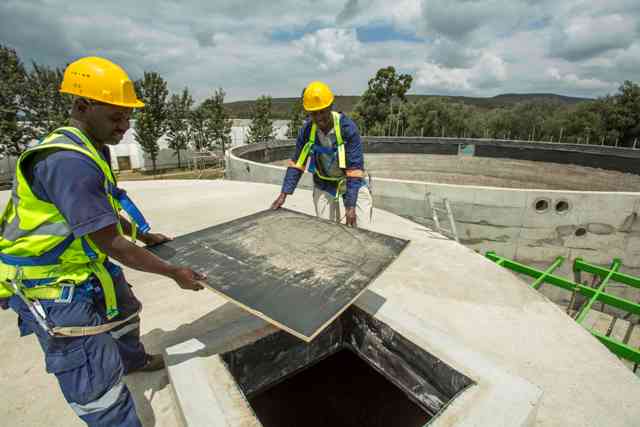 Kotter, who said this at a workshop on bio gas technical presentation organised by the National Biotechnology Development Agency (NABDA) in Abuja, noted that with the abundance of biomass capacity, the country has no excuse for its poor power supply.

He said that even though it was his first visit to the country, he observed that Nigeria has a lot of biomass that could be channeled into the production of electricity and for organic fertiliser for agricultural purposes.

“I can see a lot of biomass being grown here, so my perception of Nigeria is that it is an ideal place to produce biogas and pursue the technology. I think Nigeria has very big potential; we in Germany have a growth period of half a year or six months and after that, it is winter, and during this period nothing grows because it is very cold.

“But in Nigeria all year round you have plants growth and animal growing and waste is produced and biomass is produced, so here you have actually better chances for this technology.

“Also the climate is always warm so you have very good conditions for the bacteria to grow, in Germany we have to pack in our bacteria because they like it warmth,” Kotter said.

Kotter added that invasive plants in some environments that destroy farmlands could also be turned to biogas by the mixing it dung to produce energy. He said that a country as big as Nigeria should be producing far more energy for its citizens to use through the cheap and efficient means of bio gas production.

He however cautioned that not all waste was good enough for efficient production of electricity, adding that fresh and newly generated waste produce better biogas.

Recall that earlier in the year, the Ebonyi State Government announced that it wants to purchase 5.5 Megawatt biomass plant from Germany that will utilise rice husk and other available waste materials to generate electricity.

The governor of Ebonyi State, David Umahi, made the disclosure after inspecting two of the three state-owned rice modern mills, recently, said the plant would arrive in Nigeria in the next four months.

Umahi also said that one megawatt of rice husk plant and another 500 kilowatts would arrive in the state soon.

Mrs Nnenna Nwankwo, a scientific officer from the Ministry of Science and Technology, one of the trainees commended the training. She called on policy makers to make biogas a mandatory energy source for some public schools. She said that this would encourage government to put funds in the technology to generate cheap energy for citizens while creating jobs.

Dr Felix Ukponu, the Chief Executive Officer, Hermesmann L.L.C, U.S., (Harbinger of Global Environmental Solutions), the private sector partner facilitator of the workshop called for greater sensitisation of the citizens about the potential in biogas.

He promised that the building of the biogas plant would be fast tracked to ensure that Nigerians became beneficiary of the technology.