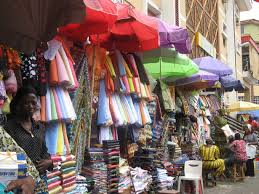 16 December 2016, Lagos — The country’s unemployment rate rose further to 13.9 percent in the third quarter of the year (Q3 2016) compared to 13.3 percent in the previous quarter, the National Bureau of Statistics (NBS) stated yesterday.

The labour force population (i.e those within the working age population willing, able and actively looking for work) increased to 80.67 million from 79.9 million in Q2 2016, representing an increase of 0.98 percent in the labour force during the quarter.

By implication, about 782,886 persons from the economically active population entered the labour force in Q3.
However, the magnitude of increase between Q2 and Q3 2016 was smaller when compared to Q1 and Q2 2016, which was an increase of 1.39 million in the labour force population.

According to the employment/underemployment report for Q3 2016, which was released by the agency yesterday, the country’s underemployment rate or those working but doing menial jobs not commensurate with their qualifications or those not engaged in full time work and merely working for few hours, increased to 19.7 per cent from 19.3 per cent in Q2. That brought the underemployment population to 15.9 million.
Essentially, underemployment increased by 501,074 persons or 3.25 percent in the period in review.

The labour force population was put at 80.67 million, meaning 27.36million persons within the economically active or working age population decided not to work for one reason or the other in Q3 2016, hence were not part of the labour force and cannot be considered unemployed.

The NBS said: “This is a marginal increase of 0.4 percentage points between
quarters 2 and 3 of 2016, and shows a steady rise in the rate since Q3 of 2015. During the reference period, the number of unemployed in the labour force increased by 554,311 persons…Accordingly, there was a total of 27.12 million persons in the Nigerian labour force in Q3 2016, that were either unemployed or underemployed compared to 26.06million in Q2 and 24.5 million in Q1 2016.”

Meanwhile, the Consumer Price Index (CPI) which measures inflation further rose to 18.48 percent (year-on-year) in November compared to 18.33 percent in the previous month, the National Bureau of Statistics (NBS) stated yesterday.
It attributed the 0.15 percent rise in headline index to increases in all the divisions which determine inflation.

Notably, the highest increases were recorded in housing, water, electricity, gas and other fuels and articles of
clothing, books, liquid fuel, passenger transport by air, motorcycles and shoes and other footwear.
The Food Sub-Index increased also by 17.19 per cent (year-on-year) in November, up by 0.10 per cent from 17.09 per cent in October.

According to the CPI figures for the period under review, major food sub-indexes increased with soft drinks recording the slowest pace of increase at 7.76 per cent year on year.

On month-on-month basis, the urban index eased by 0.03 per cent while the rural index was also down by 0.05 percent.
According to the NBS, the composite food index rose by 17.19 per cent in November 2016, mainly driven by increase in prices of imported foods, meat, bread and cereals and fish.

On a month-on-month basis, the food sub-index increased by 0.88 percent in November from 0.86 percent recorded in October.
It stated: “The average annual rate of change of the food sub-index for the twelve- month period ending in November 2016 over the previous 12-month average was 14.39 per cent (0.57 per cent) points from the average annual rate of change recorded in October (13.82 percent).”

It said: “All Items less Farm Produce’’ or Core sub-index, which excludes the prices of volatile agricultural produce increased by 18.20 percent during the month, 0.10 percentage points lower from the rate (18.10) recorded in October as all key divisions which contribute to the index increased.

“On a month-on-month basis, the core sub-index rose by 0.71 percent in November, down by 0.04 percentage points from the 0.75 percent recorded in October.”