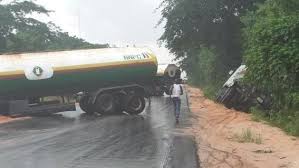 Olawale made the statement in Abuja during a public hearing organised by the House of Representatives to address the menace and reduce future occurrences.

He said that a total of 306 deaths were recorded from road accidents involving fuel tankers in 2016 while 750 persons sustained various degrees of injuries.

He noted that the enormity of the consequences of road carnage caused by fuel tankers could be appreciated when loss of human lives and damages to goods and property were quantified.

Olawale said: “These statistics are alarming, disconcerting and should ordinarily spur the government into taking action towards reducing incidences of the carnage occasioned by accidents involving fuel tankers and other articulated vehicles.”

He expressed support for the appropriate legislative framework to reduce road mishaps caused by fuel tankers.

He said that findings by the committee revealed tales of agonies, trauma, loss of lives and livelihoods and damages to property.

Olawale said, “It is indeed a serious problem that must be approached with unalloyed commitment and utmost seriousness. We need to take a holistic view of the causative factors.

“Some of the factors could be the design of our roads, the state of these roads, the design and state of vehicles and policy framework for operators in the sector.

“Most importantly the human factors which take centre stage and places a huge moral burden on owners of these vehicles vis-à-vis the need to respect the sanctity of human lives in pursuit of profit.

“We equally need to look at the issues of compensation to victims of the carnage.

“Are the existing legislations on compensation adequate to address issues that may arise from the accidents; issues such as the care of dependants of victims and those who sustain varying degrees of injuries?

“Are there records of prosecution in instances where prima facie cases of human errors have been established against the drivers of these vehicles or cases of vicarious liability for the principals when the drivers are deceased?”

Joseph Ogbebor, the General Secretary, Nigerian Union of Petroleum and Natural Gas Workers, attributed the spate of road accidents involving fuel tankers and other articulated vehicles to dilapidated roads in the country.

Ogbebor said: “Because of the bad roads, tankers easily fall off and spill their contents which are highly inflammable.

“Our research and investigations show that all the major roads in the country are in a state of disrepair.

“This is responsible for the spate of fuel tanker accidents in the country.”

Ogbebor also blamed the ailing economy, especially the scarcity of foreign exchange, as contributing to the rising cost of maintaining fuel tankers.

He advised the committee to prevail on the Federal Government to rehabilitate all major highways in the country.

He also stressed the need to fix the nation’s refineries and make petroleum products available at loading depots located throughout the country.

The NUPENG scribe recommended continuous training of tanker drivers, enforcement of speed limit by the FRSC, ban on night driving and medical tests for tanker drivers as solutions to ending the spate of accidents caused by fuel tankers.