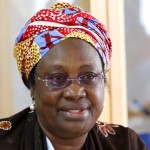 04 December 2014, Sweetcrude, Abuja – The Federal government’s promise of a more accurate estimation of total gas flared in the country is coming to fruition as initial statistics from a new technology, the Nigerian Gas Flare Tracker, which was recently launched by a consortium of Nigerian and United Kingdom partners, has placed the total volume of gas flared annually in Nigeria at 318,588,060.00 million standard cubic feet (Mscf).

This, according to government officials, is enough to generate roughly 27,526.0115 megawatts (MW) of electricity for the country.

The statistics from the online technology also noted that the country loses approximately $1,115,058,210.00 of potential annual revenue from fines that could have come from gas flare orders to operators in Nigeria’s hydrocarbon industry, whose operations equally add 6,797,411.6900 tonnes of atmospheric carbon dioxide (CO2) annually to the country’s contribution of the world’s Co2 figures.

The information obtained from the online tracker yesterday in Abuja, further suggested that this amount of gas is flared in the country even when its acute electricity shortage is occasioned partly by inadequate gas as fuel for thermal power generation plants that make up 80 per cent of her electricity generation sources.

The system which is domiciled with the National Oil Spill Detection and Response Agency, NOSDRA, was funded by the United Kingdom government through the Department for International Development, DFID.

It would enable the government impose in full, necessary sanctions against oil companies which continue to flare gas in the country.

Minister of Environment, Mrs. Laurentia Mallam explained that the tracker has the ability to determine the amount of unpaid fines by oil companies estimated at $1.1billion per annum.

Mallam explained that oil and gas companies are pumping nearly 17million tones of carbon emissions into the atmosphere yearly, a process that is costing the nation economically and endangering the environment in the region.

According to her, “The opportunity cost of gas flaring is the amount of power that could have been generated had the gas been channeled to the power sector. The gas to power potential is enormous, and is estimated at 27,612Gwh.

“This would effectively double Nigeria’s current electricity target for 2014 and could provide 40 percent of Nigeria’s total electricity requirements based on a current needs assessment.”

She noted that “the gas flare tracker is able to display the volume of gas flared, which is estimated 319scf per annum. It also has the ability to calculate the amount of unpaid fines by facility owners, estimated at $1.1b per annum”.

The Minister pointed out that the system would use available data to help the authority to make headway into reducing gas flaring, adding that the regulators would now be able to make informed decisions on gas flaring.

Speaking at the event, United Kingdom’s High Commissioner to Nigeria, Dr. Andrew Pocock said the gas flare tracking is an online tracking system that would provide data and insight to help regulators and operators of the sector.

“This work will give the government and the industry and most importantly the Nigerian public the most important comprehensive and stark picture of the extent of gas flaring in this country,” he noted.