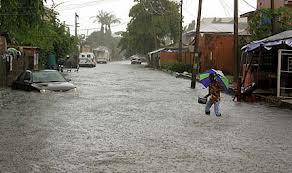 29 January 2013, Sweetcrude, Abuja – The CBN,has said the country lost N1.011 trillion ($6.439 billion) to oil theft and production losses arising from the flooding that ravaged most parts of the country last year, as the country recorded a decline in crude oil production in November 2011.

Crude oil export was estimated at 1.50 mbd or 45.0 million barrels for the month, representing a decline of 3.2 per cent when compared with the 1.55 mbd or 48.05 million barrels recorded in the preceding month.

“At an estimated average of US$111.02 per barrel, the price of Nigeria’s reference crude, the Bonny Light (37º API), fell by 2.8 per cent, compared with the level in the preceding month,” the report noted.

The CBN said the fall in price was attributed to the heightened concerns of decreased demand by the United States as a result of their announcement of plans to reduce dependence on foreign oil and further stated that the average prices of other competing crudes, namely the U.K Brent, West Texas Intermediate (WTI) and Forcados, at US $110.20, US$79.15 and US $112.66 per barrel also exhibited similar trend as the Bonny Light.

“The average price of the OPEC’s basket of eleven crude streams decreased by 1.8 per cent to US $106.86 per barrel below the level recorded in the preceding,” the CBN stated.

Continuing, the CBN said, “The visible sector accounted for the bulk (65.9 per cent) of total foreign exchange disbursed in November 2012.”

A breakdown of the sectoral disbursement showed that the minerals and oil sector accounted for 14.9 per cent followed by industrial sector 20.8 per cent. Other beneficiary sectors, included: food products (12.3 per cent), manufactured products (14.3 per cent), transport (3.4 per cent) and agricultural products (0.3 per cent).