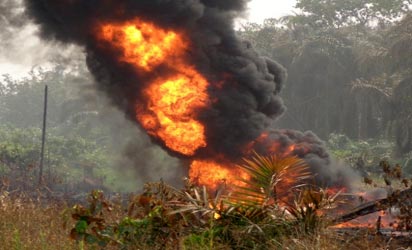 The NNPC, in its Monthly Financial and Operations Report for May 2019, disclosed that this was 37.5 percent higher than the N23.053 billion recorded in the last two months of 2018, November and December 2018.

Giving a breakdown of the figures, the NNPC report stated that in January and February 2019, crude oil losses stood at N3.387 billion; petroleum products losses stood at N8.8 billion, while pipeline repairs and management cost stood at N19.51 billion.

This, according to the report, was in comparison to crude oil and petroleum products loss of N44 million and N993 million respectively in November and December 2018, while pipeline repairs and management cost stood at N22.02 billion in the same period.

Also Read: Nigeria’s oil and gas earnings drop to N410 billion in May

The NNPC attributed the rise in its trading surplus to the increase in gas and power output which contrasted with the figure for the preceding month and the surplus recorded in the financials of some of its downstream entities like the NNPC Retail, Petroleum Products Marketing Company, PPMC, Nigerian Pipeline Storage Company, NPSC and Duke Oil.

The report further indicated that within the period, the NNPC recorded a total of $580.32 million in the export sale of crude oil and gas which is 23.39 percent higher than the previous month’s figure.

Out of this number, the report noted that crude oil export sales contributed $458.59 million which translated to 79.02 percent of the entire dollar transactions compared with $342.11 million contributed in the previous month.