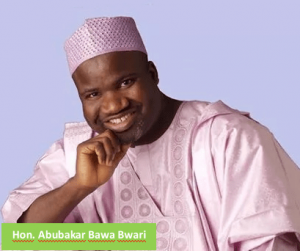 The Minister of State for Mines and Steel Development, Abubakar Bwari, said the revenue was as at October 2018.

The minister disclosed this in a statement while giving a three-year account of stewardship (2016-2018) on Monday.

He stated that the sector had witnessed a steady increase in contribution to the nation’s Gross Domestic Products, GDP, from 0.3 percent in 2015 to 0.6 percent in 2016.

Mr. Bwari said 11 companies have shown interest to operate the Ajaokuta Steel Company, saying the federal government would prefer the winner to be a Nigerian firm with both financial and technical capability.

He explained that the government was not ready to hand over Ajaokuta now, as all infrastructure required for its takeoff such as rail as well as dredging of Lokoja and Warri ports were yet to be completed.

Ajaokuta Steel had become a source of controversy in recent times, with an Indian company, Global Steel Holding Limited, owned by Pramod Mittal, claiming control over it on the ground that it has an existing contract on the plant.

At a time, reports said the federal government was likely to concession the company to its original Russian builders.

“The policy of the government is that it will not release Ajaokuta Steel just like that. What we are planning to do is to regulate and create enabling environment for the company to strive”, the minister said.