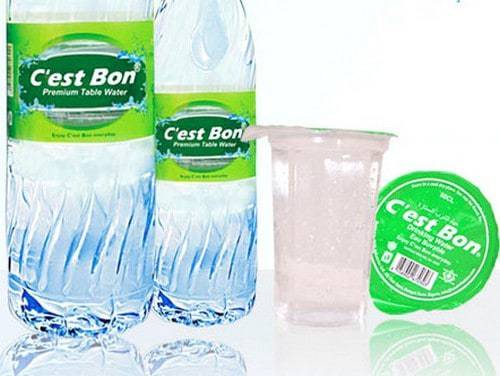 *C’est Bon Table water is made in China.

Lagos — NIGERIANS have resorted to importing table water as the Seme Command of the Nigeria Customs Service, NCS, has seized a total of 7,524 bottles of foreign table water.

This is even as the command has generated total revenue of N4.1billion for the first half of the fiscal year. The figure represents 64% of the command’s annual allotted target.

The water, imported from China was discovered by operatives while conducting 100% physical examination at the Examination bay of the JBP Premises.

The Customs Area Controller, Comptroller Mohammed Uba Garba, said the strange import may not be far from acts of money laundering, despite its negligible amount.

Uba explained that the arrested vehicles were laden with 83 cartons of Amira/Makoko soap, 50bags of Foreign parboiled rice, 26 bales of used clothes, 14 cartons of Nitro feminine soap and 13 bags of expired rice.