Abuja — Nigeria plans to grant a concession on its $1.3 billion hydropower plant now under construction and is seeking bids from private investors to operate the China-funded plant, authorities said on Friday. 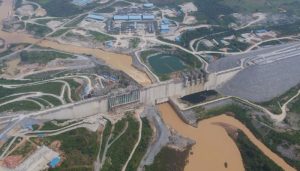 The Zungeru Hydroelectric Power Plant, ZHPP, the biggest of its type in Nigeria, is expected to generate 700 megawatts and is being funded by loans from China’s Exim Bank, the Bureau of Public Entreprises, BPE, Nigeria’s privatisation agency, said.

The project, located in northwest Niger state, will meet around 10% of the country’s domestic energy needs when completed, the agency said.

Africa’s biggest economy has an installed capacity of 12,500 MW but produces only about a quarter of that, leaving many households and businesses reliant on diesel-powered generators.

Diesel prices have soared in Nigeria since the start of the year as global oil prices surged after Russia’s invasion of Ukraine. Inflation is currently running at a 17-year high.

The nation’s unreliable power grid and its precarious energy supply are often cited by businesses as a key issue hindering growth in the continent’s most populous country.

The privatisation agency said it expects bids to be submitted by Nov. 24 and hopes to complete the concession by March next year.

It did not say when the plant will be commissioned.

The private partner will be responsible for repaying the Chinese loan, the privatisation agency told investors in an online roadshow on Thursday, because it wanted to reduce government’s financing of the plant.