‘Nigeria on path to meeting global demands on clean energy’ 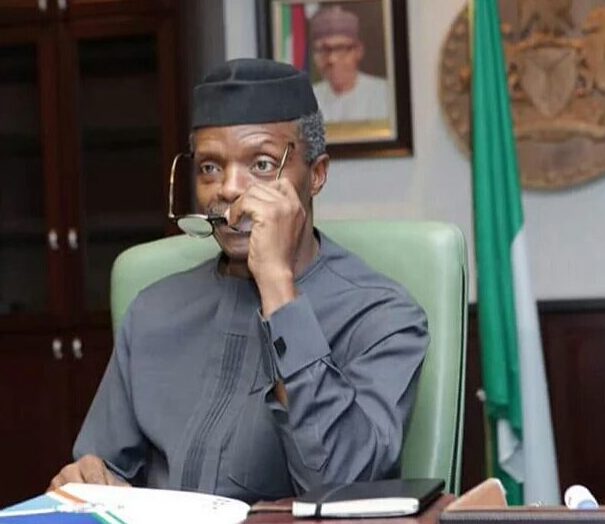 Abuja — The Federal Government says it is working conscientiously to ensure that the country meets the global demands on cleaner energy.

Vice President Yemi Osinbajo said this on Tuesday at the opening of 2021 Nigeria Oil and Gas Conference holding at the International Conference Centre in Abuja.

Osinbajo represented by Minister of State for Petroleum, Chief Timipre Sylva noted that the country had no option than to move with the global trend being signatory to international protocols on cleaner energy.

He said the federal government was leaving no stone unturned at ensuring that the country moved to cleaner renewable energy but that the steps must be gradual.

Osinbajo explained that government had already directed stakeholders in the oil and gas sector to focus on natural gas resources as a transition fuel that would function as a bridge between the dominant fossil fuels and the cleaner energy.

“Natural gas has the intrinsic abilities to meet the increasing global requirements for cleaner primary energy use, while at the same time enabling much needed domestic industrialisation for rapid economic growth in very few endowed countries such as Nigeria.

“We are not unmindful of the peculiar challenges confronting the gains from oil and gas operations in Nigeria.

“From infrastructural deficiency and insecurity to high cost of operations, to mention just a few, the Government is working conscientiously to tackle all without lagging behind on our path to meeting the cleaner energy global demands.

“In spite the current global challenges in the Industry, the government has been supporting the aggressive implementation of the nationwide gas infrastructure blueprint.

“This informed our recent declaration of year 2021-2030 as “the Decade of Gas” after the successful kickoff with the National Gas Expansion Programme in 2020,” Osinbajo said.

Also speaking at the event, Mr. Bitrus Nabasu, Permanent Secretary, Ministry of Petroleum, who represented the Minister of Petroleum, said the signing of the PIB would help the country move faster in achieving a cleaner energy.

“The PIB cannot come at a better time than now that COVID-19 pandemic caused uncertainty in the oil and gas sector.

“We are on the part of witnessing another investment in our oil and gas sector and it will help have a good administration and infrastructure and ensure development of the country to make life more meaningful for the citizens.

“Natural gas will help government achieve it’s aspirations and very soon we will reap the benefits of our decade of gas programme.

“These include auto gas vehicular movement, industrial application, welfare gas pipelines for electricity and domestic usages will help Nigerians even in rural areas to improve life.”

The Minister said gas had a lot of role to play in the country’s quest for cleaner energy resources.
Malam Melee Kyari, the Group General Manager, Nigerian National Petroleum Corporation (NNPC) said investment in the oil and gas industry had dwindled by 30 per cent due to the impact of COVID-19.

Kyari said energy transition was not just about moving from Fossil fuel to renewable energy but that it was creating the right balance.

“There is this mistake that by 2050 fossil fuel will go away and we will only have renewables; that is not true.
“For us, we know for sure that oil will still be relevant for us because today we have deficit of electricity, infrastructure and so many other things and we have to deal with them.

“And oil will provide that fulcrum for us to procreate the wealth but one thing we are also sure is that gas is everything.

“So, our focus today is to deepen gas monetisation, not necessarily consumption and that means we have to do both domestic and export, so that we can take value from both ends,” Kyari said.
Kyari said the focus now was to see how to accelerate development and monetisation in gas