Nigeria on track to end gas flaring by 2020 – Ladan 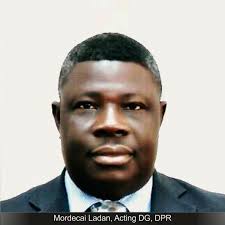 The DPR boss, who stated this during the Nigeria Gas Association 2016 Business Forum in Lagos, described gas as the game changer and a catalyst for growth that will have a multiplier effect on the Nigerian economy.

He explained that the Federal Government has put in place policies and interventions to make this happen, and that these would stimulate gas utilisation and monetisation in order to achieve a viable gas sector.

He added that reforms were also initiated to re-position the gas sector in order to deliver on Government’s key aspirations.

These aspirations, according to Ladan, include developing a viable domestic market, creating new industry out of the old oil industry, capturing economic value, generating as much revenue from gas as from oil and ending gas flaring by the year 2020.

“In recent years, government has begun the implementation of a nationwide gas infrastructure blueprint aimed at connecting all key supply sources to markets across the nation. Also, the Nigerian Gas Transportation Network Code, an enabler that will entrench transparency, efficiency, fairness and non-discriminatory access to gas transportation networks is being implemented.

“These interventions and ongoing government reforms in the industry, I believe, holds high prospects and shall boost investor confidence in the gas sector with the provision of a radical structure that will enable Nigeria consolidate on the multiplier effect of gas on the economy, strengthen Nigeria’s standing in the high value export and domestic markets and manage the country’s gas resources for national energy security,” Ladan stated.

Ladan added that government’s upcoming national gas policy is expected to result in substantial investments in gas development, processing, transmission and downstream utilisation projects which in turn is expected to catapult Nigeria into the League of Nations that have leveraged their strength in the abundance of natural gas to transform their economy.