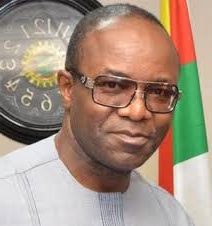 24 April 2018, Sweetcrude, Abuja – Minister of State for Petroleum Resources, Dr. Ibe Kachikwu, has emphasised the need for a speedy conclusion of the processes leading to the passage of the Petroleum Industry Governance Bill, PIGB, as well as the fiscal and host communities bills into law, stating that existing laws in the petroleum industry have become archaic and no longer competitive.

In his presentation at an energy forum in Abuja, Kachikwu stated that it was expedient for the aggregation of industry laws which had governed the oil and gas sector over the years to be reviewed and harmonised into a comprehensive law.

He disclosed that the Federal Government had already kickstarted the process, stating that after an internal dialogue within the executive, civil society and stakeholders within the oil industry on key sector issues, a position was taken with the executive to overhaul sector policies.

The second bill yet to deliberated upon by the National Assembly, he explained, addresses fiscal issues around the industry, while he noted that the since the fiscal tool remains an important tool for managing our oil and gas resources, it is imperative to critically and urgently fix the fiscal dilemmas to ensure viability of the industry as well as providing a fair return to the state while offering a risk balanced return to the investors.