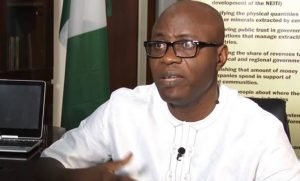 …NEITI urges urgent passage of other aspects of PIB

21 March 2018, Sweetcrude, Abuja – Nigeria’s petroleum sector accounted for about 60 percent of government’s revenue and more than 80 percent of the country’s export earnings in 2017, according yo Executive Secretary of the Nigerian Extractive Industries Transparency Initiative, NEITI, Mr. Waziri Adio.

Adio revealed this on Monday in Abuja at the ongoing symposium organised by the agency on the Petroleum Industry Bill, PIB.

He stressed that with the petroleum sector still fetching a chunk of government’s revenue, this calls for necessary actions on legal and institutional frameworks that would ensure optimisation of the oil and gas sector potentials.

“And given the disproportionate impact of government revenues and export earnings on our economy, it will not be far-fetched to insist that this sector remains the backbone of not just our economy but also of national life”, he added.

Before the slum in oil prices from over $100 per barrel in 2015 to below $30 last year, Nigeria’s oil and gas sector pulled in over 80 percent of government’s revenue.

Currently, oil prices hover around $60 per barrel after reaching $71p/b earlier this year.

But, Adio said the oil and gas sector lacked good management and governance.

He commended the 8th National Assembly for getting the Petroleum Industry Governance Bill , PIGB, passed within two years as against 13 years the PIB had spent with previous National Assembly without being passed.

“Even as we await the harmonised PGIB, it is clear that a landmark has already been recorded”, he said, adding, however, that the job was not completed until three other bills of the PIB were passed and signed.