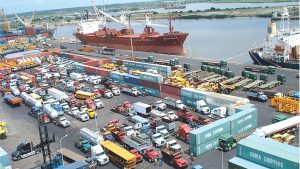 Usman said in Lagos that despite NPA’s warning to the terminal operators and shipping to desist from introducing arbitrary charges, these operators still go ahead to introduce unapproved charges.

According to her, a container positioning fee introduced by one of the terminal operators was rebuffed by the NPA as the charge was not tied to a service.

Stakeholders at the Tin Can Island Port, meanwhile, have raised an alarm over what they described as alleged high handedness of a terminal operator; Tin Can Island Container Terminal (TICT) which allegedly collects storage and rent charges on containers, even when the cargoes are yet to arrive at its terminal.

A licensed Customs agent, Jonathan Owoh alleged that without due consultations with the importer, TICT stems containers to its off-dock terminal, SCOA bonded terminal at Kirikiri Lagos, and that two weeks before the arrival of the container, TICT starts charging rent on it.

Owoh said that on most occasion, the shipping companies collect N20,000 per day, while the terminal operator collects N12,000 per day on such a container.

“They will start charging you from that very day to pay storage without you seeing the container, it might take them three weeks or one month to transfer the container and you will pay them the whole storage, this is very bad”.

He also lamented that due to the perennial traffic gridlock on the access road to the Tin Can Island Port, the TICT commenced the use of barges to move containers to SCOA terminal. He, however, said that the process is slow.

“It was recently that they started using barges due to the bad state of the roads, and using the barge takes time. Initially, they don’t charge until you see your container and after three days they start charging, but now they don’t do it, they are ripping us off”

“They were the ones that allocate the ship to SCOA by themselves, it is not on demand, it is their duty to take their containers to where they are stemming it to”

In his reaction, the General Manager of TICT terminal, Etienne Rochers described the report as untrue.

He challenged any operator with genuine complaints to come forward with it.

Rochers said “If anyone has an allegation, he should come out with one of any wrongdoing but I am not going to make comments over the phone because I don’t know who I am talking to. I would suggest that you send me a mail”.

“In any case, there is so many rumor that circulates every day on many subjects, so I will not respond to any allegations, you can please send me an email and we would take it from there”, he said.