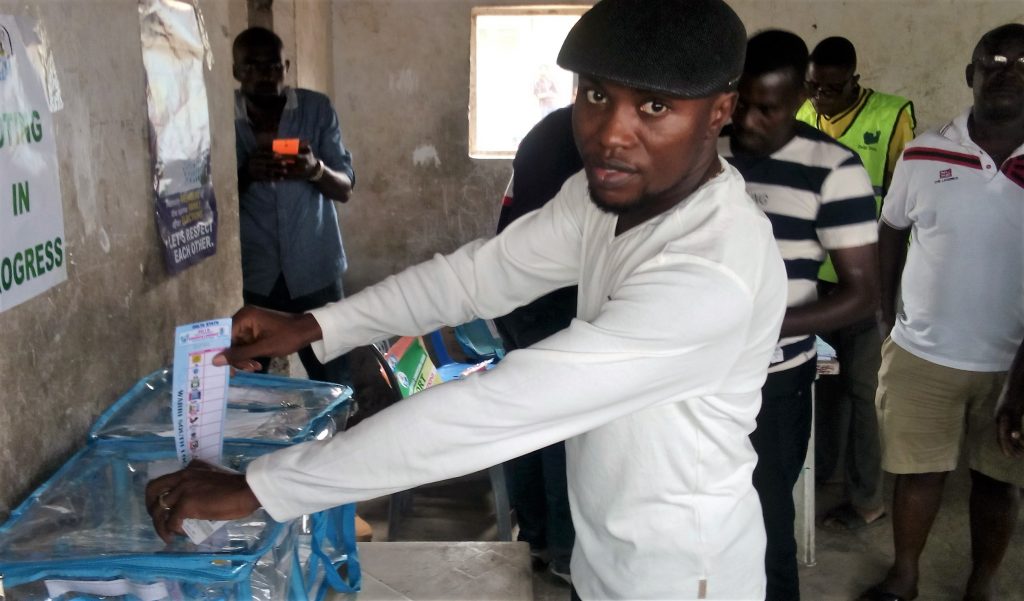 01 March 2019, Sweetcrude, Warri, Delta State — Contrary to speculations that the battle for the presidential and national assembly elections in Delta State will be the oil-rich community creeks, both Warri South and Warri North local government areas, the elections went on smoothly with no lives lost.

There were only allegations of ballot stuffing in voting units in Ogidigben, Ugborodo and some other communities.

Thomas Ereyitomi of the Peoples Democratic Party, PDP is to represent the Warri federal constituency in the House of Representative’s haven beating other contestants.

Senator James Manager who beat his closest rival of the APC, former governor Emmanuel Uduaghan is also going to represent the rich oil areas of Delta south senatorial district in the Senate.

The senatorial district covers the three Warri local government areas, Isoko part of the state where the second oil well in commercial quantity was discovered in the country and Ijaw communities of Patani, Bomadi and Burutu