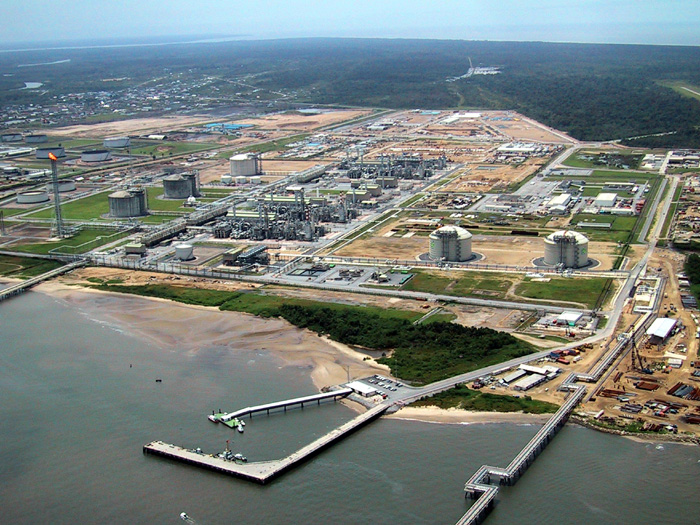 05 August 2018, Sweetcrude, Lagos — The Nigerian Liquefied Natural Gas Company, NLNG, has stated that Nigeria would drop to the 12th highest gas supplier in the world by 2025, from its current fourth position, if no new investments or Final Investment Decisions, FID, is reached in the gas sector in the years ahead.

Speaking during the visit of the Minister of State for Petroleum Resources, Mr. Ibe Kachikwu, to the NLNG plant complex in Bonny Island, General Manager, Production of the NLNG, Mr. Tayo Oginni, disclosed that fresh investments are required in the upstream petroleum industry to meet the planned expansion in gas projects in the coming days.

He explained that the investments in the upstream petroleum sector would free stranded gas and increase feed-gas to existing plants and fresh ones, such as its proposed Train 7.

Also speaking, Kachikwu enjoined the NLNG to make meaningful contributions towards driving gas consumption in Nigeria, and not placing its emphasis solely on production

He said, “With the market beginning to thin out, with a lot more LNG investments coming out, even within Africa, the NLNG market was likely going to become very challenged. I am happy you noted that long-term contracts are going out of fashion. Then you need to begin to invest in your own market.

“I urge you to work with us on this trend to build infrastructure. The reality is that a huge amount of infrastructure is required to deploy LPG consumption in Nigeria and for the common man on the street, that is the most important item.”

Kachikwu stated that the NLNG should contribute towards the creation of distribution centers, and also in the creation of incentives for people to buy gas at the right price, noting that this would help drive local gas consumption.

He said, “We would have to sit down with you to begin to invest in that lower market, in terms of how do you help that narrative to happen and it might just be a couple of models set up in such a way that people see a shift in policy; not necessarily putting in money, but creating enough incentives that people can go to the bank, raise money and come to build these facilities. Without those, it is not going to happen.”