Nigeria: Share of allocation to Federal, states, LGs fall by N25bn in October 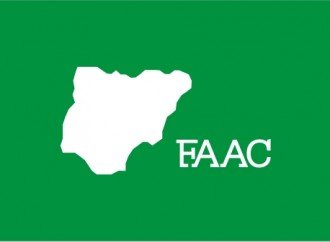 09 December 2017, Sweetcrude, Abuja – The Federal, States and Local Government in October shared N532.7 billion which shows a decline of N25.3 billion when compared to what they shared in September.

The Permanent Secretary of the Ministry, Alhaji Mahmoud Isa-Dutse, said this in Abuja while briefing journalists on the outcome of the monthly Federal Account Allocation Committee (FAAC).

Isa-Dutse attributed the decline to the decrease in revenue from export sales of $42.94 million due to a decrease in crude oil production by 1.25 million barrels.

He noted that even though the average price of crude oil increased from $46.29 per barrel to $48.66 per barrel, it was not enough to make up for the loss in production.

“Some of the issues that impacted negatively on crude oil production were attributed to aging facilities which resulted in shut-ins and shut-downs of pipelines at various terminals for repairs and maintenance.

According to him, the local governments received N80.4 billion, amounting to 20.60 per cent of the amount distributed.